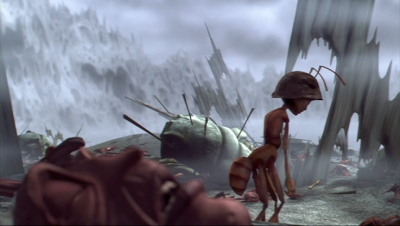 The Story: A worker-ant is determined to win the love of the next queen, even if it means shattering the rigid caste system of his colony. Unfortunately, she’s engaged to a hard-charging army-ant with a genocidal agenda.

How it Came to be Underrated: This movie went head-to-head with a very similar movie, Pixar’s A Bug’s Life. At the time, critics preferred this one, but since Dreamworks' subsequent CGI output has been weak, and Pixar has become a masterpiece-making-machine, there’s a tendency to assume that, in retrospect, the critics must have been wrong. They weren’t. Not only does this one have superior animation, but the story is about a thousand times stronger --in both the comedy and the drama. 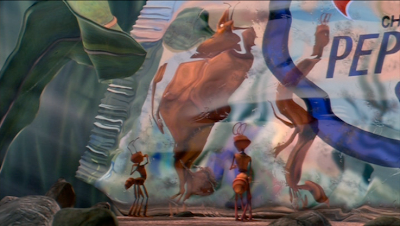 If You Like This, You Should Also Check Out: The primary model for this movie seems to have been Fritz Lang’s silent sci-fi fable Metropolis. (Interestingly, that movie was written by a proto-fascist and directed by an occasional-socialist.) They would make a great double feature.

How Available Is It?: There’s a dvd with a lively directors’ commentary.

Today's Post Was Brought To You By: Why Wouldn't You Believe Me, Miles Cabot? 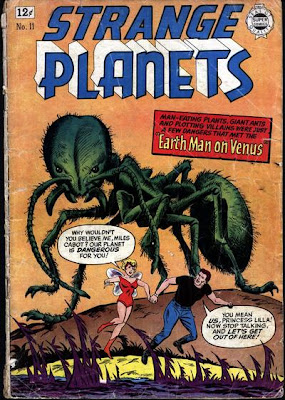 Wow. Antz isn't bad at all, but anyone saying that the ANIMATION is superior to A Bug's Life has crossed the line from an error of opinion to an error of fact.

Funny thing. We just finished A Bug's Life last night -- more age-appropriate for our daughter and still a well-above-average kids film. While it's a lot of fun, I do always note how derivative the plot is -- but which movie is given the honor of originating its plot? The Magnificent Seven is the most obvious, but that in turn is derived from The Seven Samurai. On the other hand, there was another earlier parody of The Magnificent Seven -- The Three Amigos which matches A Bug's Life pretty much plot point for plot point.

I'd like to point out the character design is much more apealling in A Bug's Life. After reading this it's obvious I haven't given a Antz a fair shake. It's on my list.

I must have watched Antz five times as it was rerun on television. I only got to see A Bug's Life one time, and I still remember the plot better than Antz. I completely disagree with this review on all fronts. Antz is boring in design, color, plot, and comedy. A Bug's Life is a much better film.

I hated A Bug's Life. It was candy colored detritus.