Underrated Movie #18: Encounters at the End of the World

Over the hump of Recent Movies Week! 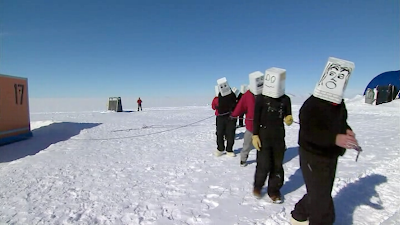 The Story: A zany and thoughtful documentary about the people who choose to spend half the year living at McMurdo base in frozen Antarctica.

How it Came to be Underrated: The theatrical market for documentaries has collapsed, but Herzog reminds people how entertaining a good doc can be. 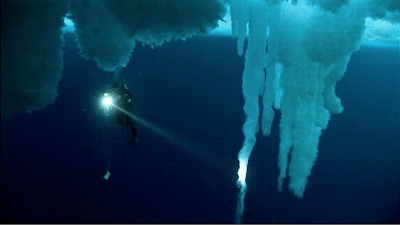 Underrated Compared To: There have been a lot of beautiful nature documentaries in recent years, but it takes a humanist like Herzog to show that, even here, there’s nothing more interesting than people.

If You Like This, You Should Also Check Out: Herzog has made a dozen docs, most of which are about people who find peace in extreme situations, whether ski jumping, or remaining behind on an erupting volcano, or getting to know grizzly bears. Individually, each doc is great, but the more of them you watch, the more they muliply in meaning.

How Available Is It?: On dvd or Watch Instantly.

Today’s Post Was Brought To You By: Hands Of Steel! 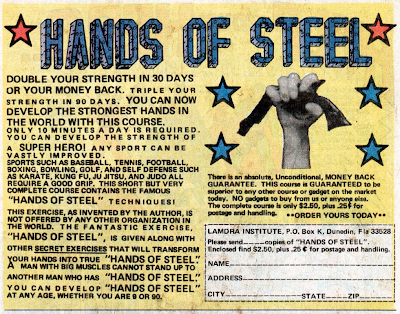 I kinda have been expecting this in a way...
But I reali dun think da world is going to end...start a new era maybe but the world is not ending.
That's not gonna happen till a thousand years later! Ok, I'm not sure bout that either but that's not the point! The world's not gonna end! Full stop!
[url=http://2012earth.net/eschatology.html
]new world 2012
[/url] - some truth about 2012

me and my wife have been researching 2012 for about 2 years now and have allready started planning they say by 2010 you will see it in the sky and i think thats about the time we will have everything ready we are looking to start a survival group or if anyone else has one that we can join let me know ill check back later thanks
[url=http://2012earth.net/light_beings.html
]earth 2012
[/url] - some truth about 2012

I am really satisfied with perfectly planning for a baby because we are now pregnant after using this. We were having some complications regarding this. But now we are happy.