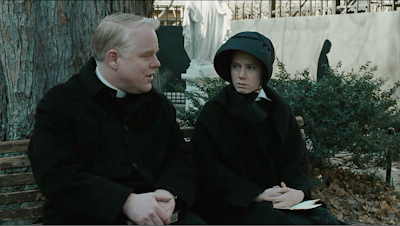 The Story: In 1960s New York, a stern nun accuses a liberal priest of improprieties with a student, leading to much uncertainty and recriminations.
How it Came to be Underrated: It’s hard to say that a movie is underrated when it got Oscar nominations for all four actors, plus writer and picture. But it didn’t win anything and it was quickly forgotten. I felt that it was the one of the two or three most powerful movies of that year, and it pains me to see it occasionally referred to now as a punchline. (Even if it’s a funny punchline) 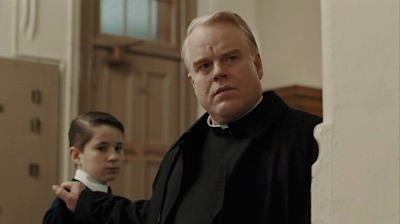 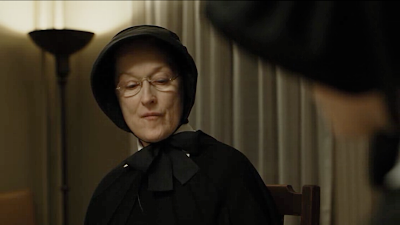 Underrated Compared To: The movie that actually won the Oscar that year, Slumdog Millionaire, could have been written by Sister Aloysius. It, too, clung to its certainty about who the heroes and villains are in this world.
If You Like This, You Should Also Check Out: John Patrick Shanley’s only previous directorial effort could not have been more different, except that it was also underrated: Joe Versus the Volcano. I should admit here that I haven’t seen that one in 20 years, but I sure liked it at the time.
How Available Is It?: It’s on dvd and you can watch it instantly.
Today’s Post Was Brought To You By: Boy, He Needed That... 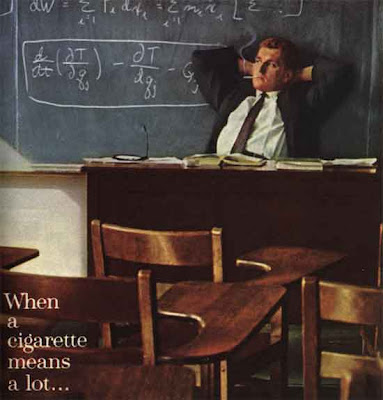 I read and much admired the play, but somehow didn't see the movie, despite its stellar cast. Thanks to this blog, I'll now amend that oversight!

Thanks for the shout-out for Joe Vs. The Volcano. I've watched that movie hundreds of times, ever since I was a kid. It's so quotable, the characters so memorable, and some scenes (Joe quits; getting lectured by the limo driver) were so formative of my view of a life well-spent, that I forgive the film's flaws. Would you have changed the Deus Ex Machina ending?

Joe Vs. The Volcano is one of the greatest comedies of it's decade. It's so far ahead of it's time in the way it organically blends absurdism with moments of deep emotional depth and empathy. Many modern movies have attempted to capture the feel of classic screwball but few have succeeded in the way Joe does. Big credit to Spielberg for putting his heft behind it. Without that it's doubtful Shanley would have been able to push his idiosyncratic vision through the Warner Bros. machine.
Here's a great interview where he breaks down the making of the picture. Just try and not be jealous of the freedom (and budget) he was given as a first time director.

I would love to hear your take on it, Matt!
Thanks for all the insight. Love the book!