Underrated Movie #15: In the Loop

Yes, it's time for our first ever Cockeyed Caravan Theme Week! Let's do some Recent Movies: 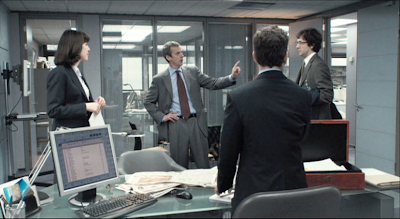 The Story: Naïve bumblers in London and Washington try to inject some sense into an aggressive war build-up. The powers-that-be cheerfully chew them up and spit them out. 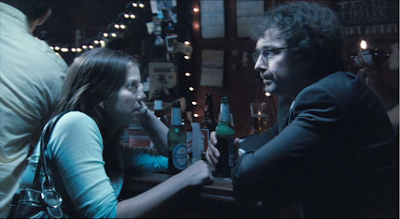 How it Came to be Underrated: IFC Films seemed like they didn’t know how to market their own movie. There’s still a sense that the public is allergic to political movies, so they just pushed it as an absurd comedy. Yes, it’s very funny, but nobody seeing the trailers would have guessed that was the smartest screenplay of the year. 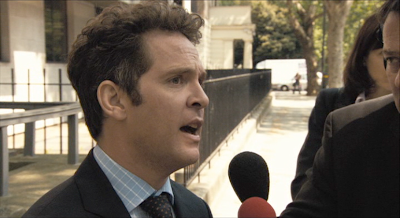 Underrated Compared To: that flood of earnest policy dramas that convinced people there was nothing interesting to say about modern warmaking.

If You Like This, You Should Also Check Out: This movie spun out of a British miniseries called “The Thick of It,” which I haven’t seen yet, though I suspect it’s great. My favorite example of sharp recent British comedy was a sketch show called “That Mitchell and Webb Look”, which is available instantly from Netflix even though it’s not available on dvd in America.

How Available Is It?: This movie, on the other hand, just came out on dvd, but it’s not available instantly.

Today’s Post Was Brought To You By: Float on Air! 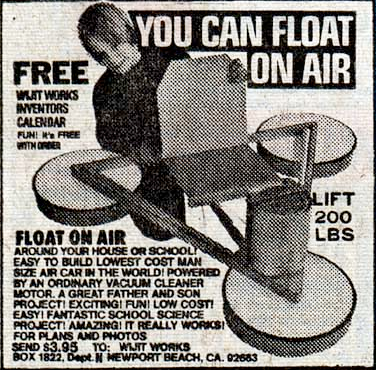 (Confession: I actually ordered this one out of the back of a comic book when I was five. It was just a set of instruction on how to build your own hovercraft. My parents torpedoed my plans when they wouldn't let me dismantle the vacuum cleaner. Did anyone else order these types of things?)
Posted by Matt Bird at 2:46 PM

Peter Capaldi's turn as Malcolm has granted him hero status here in the UK, this was mainly due to the TV series, (which is pure genius) and of course his way with the flow of inventive profanities, I am assured that there is a dedicted writer or deviser of such profanities on the show. The full on swearing may of course be why you have not seen it yet on your US TV screens perhaps HBO will run it eventually, I hope so for all of your sakes it is one of the best series ever?

It was on BBC America a year or two ago. And, yes, it's great.

My hovercraft is full of eels.