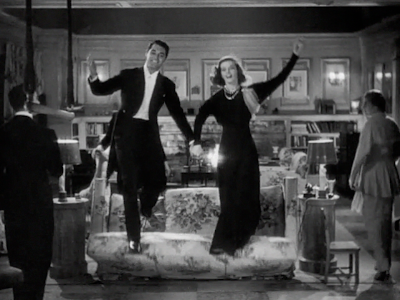 Title: Holiday
Year: 1938
Director: George Cukor (Adam’s Rib)
Writers: Donald Ogden Stewart, based on the play by Phillip Barry
Stars: Katherine Hepburn (Bringing Up Baby), Cary Grant (His Girl Friday), Doris Nolan, Edward Everett Horton (Lost Horizon)
The Story: A poor young stockbroker saves up enough money to take a holiday, where he hastily gets engaged to an incognito heiress. Now he has to impress the girl’s family even though he’s about to drop a bombshell: he’s not sure he wants to be rich.
How it Came to be Underrated: At the time, the movie was an unexpected flop and confirmed Hepburn’s temporary status as “box office poison”. Its reputation has risen over the years, but it sometimes disappoints film fans hoping for another “screwball” comedy. This movie is a little more wistful than Grant’s zanier output. 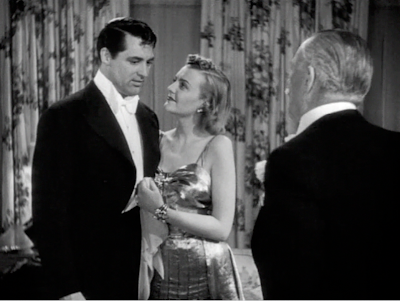 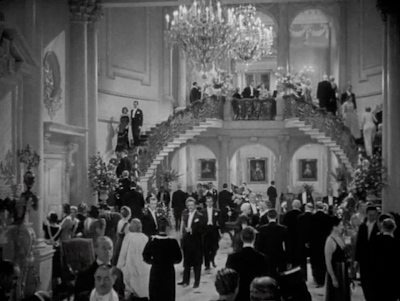 Underrated Compared To: This is just as much of a must-see as Grant and Hepburn’s more-famous pairings Bringing Up Baby and The Philadelphia Story (which had the same writers and director as this).
If You Like This, You Should Also Check Out: those two movies, naturally. Also, in between this and Philadelphia Story, Cukor made The Women, which is delightful.
How Available Is It?: I got tricked-- It’s on dvd and it’s soon to be available to watch instantly on Netflix, but not yet. I was all set to watch it, so I used a gift card to buy it from iTunes. $10 and it took a while to download, but the quality was okay. Not anything I’d make a habit of, but a decent enough deal.
Today’s Post Was Brought To You By: Oh Monkey Butler, Is There Anything You Can’t Do? 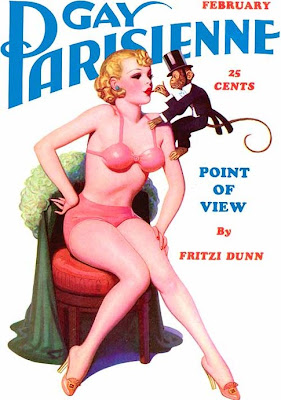 I'd argue that this is better than Bringing Up Baby which is a screwball comedy without a straight man. If everything's crazy, then nothing is. If there was a corresponding "overrated classics" blog, I'd nominate that film.

His Girl Friday on the other hand (and speaking of Grant-screwballs) is one of the funniest movies ever made.

That would make it the mirror image to this movie, which is a screwball comedy without a screwball. But c'mon, who doesn't like Bringing Up Baby?

Bring Up Baby has been my favourite film since I first saw it on television, Christmas Eve,1961. However Holiday runs it very close a delightful film, I saw it in Paris in one of those little cinemas that show nothing but B & W movies from the classic age, (saw Lubitsch's To Be Or Not To Be at the same time) Holiday is hard to get hold of here in the UK, as is To be Or Not To Be, which can though be bought on DVD in excellent quality from Amazon France under the title Jeux Dangereux

I don't like Bringing Up Baby. Or, at least, I think it's very overrated. Others who agree? Famed Overlooked Movie-Screener Elliott Kalan, for one. I know it's an unpopular position, though.

A masterpiece. One of Cukor's best. Blends the whimsical and poignant with great sensitivity and CLASS. But hardly underrated.