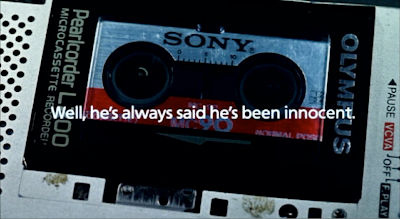 Title: The Thin Blue Line
Year: 1988
Director: Errol Morris
Stars: Randall Adams, David Harris
The Story: Gob-smacking documentary about a hapless drifter who finds himself falsely convicted of murder in Texas, until the filmmaker cracks the case before our very eyes. 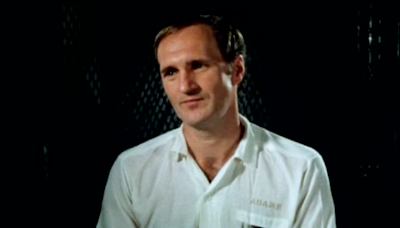 How it Came to be Underrated: I’m really stretching things today, since this movie found a huge audience (for a doc), and made Morris’s career, but still, not enough people have seen it. Here's what led me to that conclusion: A few times now, I’ve tried to pitch a super-dark TV show about a prosecutor who enjoys convicting the innocent. Each time, I get a room full of blank stares, and then someone blurts out, “but a prosecutor would never intentionally convict an innocent person!” Each time, I wanted to ask, “Haven’t you people seen The Thin Blue Line??” (Adams’s appeals lawyer lays it down: “The prosecutors in Dallas have said for years: any prosecutor can convict a guilty man. It takes a great prosecutor to convict an innocent man.”)
Why It’s Great:
Underrated Compared To: bad, bad Hollywood movies about the wrongfully convicted.
If You Like This, You Should Also Check Out: Every movie Morris has made will knock your socks off. The best are Gates of Heaven (1978), Fast, Cheap and Out of Control (1997), Mr. Death (1999), and The Fog of War (2003)
How Available Is It?: It’s on dvd and you can watch it instantly on Netflix.
Today’s Post Was Brought To You By: The Masculiner!

Hey brother - let me get this straight. You want to get some beers, check into a motel, and then frame me for murder? That's cool. It's the 70s. Let's just hang out.