The Expanded Ultimate Story Checklist: Does the hero have (or claim) decision-making authority? 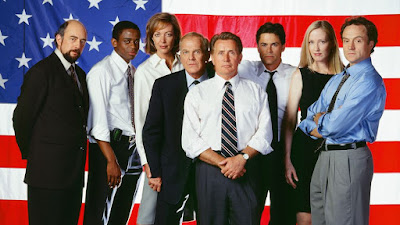 Every year there are a lot of TV pilots about rookie cops, medical students, and young crusaders just out of law school, but these shows almost always flop. Why? It’s because these characters are very hard to write. In the end, a hero needs decision-making power, which is one thing rookies don’t have.
This is somewhat counterintuitive. Everybody loves an underdog, right? And if the heroes are just learning the ropes, the audience is right there with them, learning everything by their side, so that’s a great way into the story, isn’t it? Yes, following low-power heroes through their day is a great way into a new show, but then you run into trouble.

A classic example is The West Wing. When Aaron Sorkin conceived and pitched the show, he imagined it would feature only the president’s staff, but we would never see the president himself. So he wrote the pilot, in which the staff vigorously debates about how to advise the president on a difficult decision, and that worked well enough for most of the episode. But then Sorkin got to the end of the story. He suddenly realized it would be enormously unsatisfying to end the pilot (and each of the next hundred episodes) with his heroes sending their advice up the chain of command and then powerlessly waiting for the outcome. So, suddenly, in the very last scene, the president walks into the room after all and lays down the law. This show needed a decider.

Before long, it became a show that centered on the president as the main character—exactly the opposite of what Sorkin originally wanted.

And indeed every show tends to trend in this direction—away from the flunkies and toward the bosses. The 30 Rock pilot is about put-upon comedy producers Liz and Pete, with NBC boss Jack as a mere antagonist. Before long, Jack is Liz’s co-equal co-star, and Pete is rarely seen. Stories are about the consequences of decisions, so it’s much easier to write stories about people who actually have decision-making power.

There’s a reason why most kid heroes are orphans. They need the ability to commit fully to whatever they decide to do without anybody preventing them from rising too high or falling too far. They need to be on the hook for the consequences of their actions.

If you’re writing about rookies, you need to ask yourself why the audience should trust them to be the heroes instead of their boss. Is there a value to their newness that makes them more interesting heroes? You need to make the audience trust them even while you’re establishing that they don’t trust themselves yet.

Maybe the smartest pilot of all is for CSI, in which the audience follows a rookie as she (and the viewers) learn all about the squad. At the end of her first day, she takes her newfound knowledge and goes out to her first crime scene, where she is promptly shot and killed. She is a great point-of-view character, but now we need to put ourselves in the hands of the power players.
Posted by Matt Bird at 10:30 AM