The Expanded Ultimate Story Checklist: Is the hero curious? 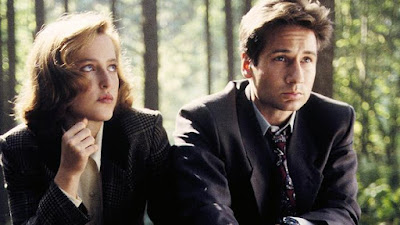 Your hero has to want to unravel the story. That’s all a hero is: the character who has to solve this problem. Your audience wants the entire story to come out, but they can’t do it themselves. Instead, they have to trust your hero to get to the bottom of it for them. If the hero doesn’t care, what is the audience supposed to do?
But let’s say you feel the need to drop some information to the audience that they’ll need later, so you have somebody casually mention something important in conversation with the hero, but the hero doesn’t notice or care, even though it should be a big clue. This is a huge identification killer. If your hero passively receives an incomplete piece of important information and doesn’t follow up, then the audience feels betrayed. They say to your hero, “Hey, loser, I’m counting on you to dig up all the information I need to enjoy this story, but you’re not asking the follow-up questions I need you to ask! What good are you?”

Now, of course, you can occasionally have your hero “miss” a piece of key information the audience picks up on, but only if the audience feels the hero has a good reason for missing it, like a big distraction. Even better, drop the information, and then have the hero and audience both get distracted by something else at the same time so they both forget about it. Then, later, when it turns out to be important, they’ll both be kicking themselves at the same time, and they’ll bond even more.

An example of the right way to do it would be when Jake finds the glasses in the pond in Chinatown. The audience and Jake both get distracted at the same time and forget all about them. Later, when they turn out to be the key piece of evidence, we don’t get mad at Jake for forgetting about them; we get mad at ourselves.

It’s an equally big sympathy killer if heroes don’t act on the concrete information they do receive. This can be a problem when you try to build tension by ending every scene on an ominous warning of some kind. Oooh—spooky! But then, in the next scene, the heroes have moved on to another part of their day, and they forget all about the warning until it’s too late, three scenes later. Heroes may take a while to become proactive, but they should always at least be reactive.

When we're watching or reading, we're constantly trying to anticipate what’s going to happen next. If we can tell that the hero is not able, or not even trying, to anticipate a consequence that we can anticipate just by looking over her shoulder, we feel powerless. Why are we putting our trust in these schmucks?

Remember on The X-Files when they would get a big piece of the alien invasion puzzle at the end of an episode, and we’d all be on the edge of our seats, and then next week they were back in some Podunk solving some dinky little monster mystery, as if they’d never gotten that big clue? Remember how infuriating that was?

A more recent example is the hapless Tom Cruise science fiction epic Oblivion. Even though he meets several characters who are more than willing to tell him what’s going on, Cruise remains oblivious to the nature of his situation for most of the movie. He just doesn’t ask for some reason. The audience collapses in impotent frustration, waiting for him to care about his own story.
Posted by Matt Bird at 10:30 AM

Your post is helping me a lot. Its really nice and epic. Thanks a lot for the useful info on this topic. You did it so much well. I love to see more about GBWhatsApp. Keep sharing and updating. Also share more posts with us. Thank you.