The Expanded Ultimate Story Checklist: And is the hero willing to let them know that, subtly or directly? 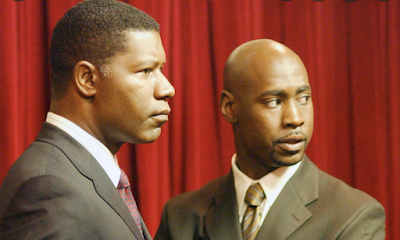 But it’s not enough to stand out from the crowd simply as a counterexample. Most heroes should feel compelled to point out the flaws of those around them, either loudly or quietly (or sometimes just in muttered asides).
It’s funny that what we consider sympathetic in a hero is very different from what we find sympathetic in real life. We want our friends to be sensible, but we have very little patience for sensibility in fiction. We want our heroes to be willful. This doesn’t mean that every hero needs to be brashly defiant. There are a lot of ways for heroes to stand up for themselves.
But if you don’t want your heroes to be compliant, how do you straighten them out? After all, they have big flaws. Don’t they need to accept a lot of good advice? No, they need to reject a lot of bad advice. In a great scene from the classic drama Hill Street Blues, the chief desperately seeks out his AA sponsor, hoping to be convinced not to relapse. He finds the sponsor at a restaurant, where the sponsor unexpectedly mocks the program and our hero’s problems. Then the waitress brings out that drink the sponsor ordered. Our hero has seen what a relapse looks like, and that’s what he really needed. Rejecting bad advice is far more powerful for him than accepting good advice.

Our urge to see heroes defy authority can go to ludicrous extremes. The producers of 24 joked that whenever a script came in short, they had one stock scene they could use repeatedly because the audience would love it every time. Before President Palmer took whatever action he had decided to take, they’d have one of his aides run up to him and say, “Mr. President, wait! We just got some new poll numbers about this issue, and everybody disagrees with what you’re about to do!” Palmer would consider this gravely for about five seconds, then issue a stentorian statement: “I don’t care if they impeach me—it’s the right thing to do.” With that, he would boldly stride off into the situation room while his aide’s mouth hung agape.

Is this how we want a president to act in real life? Absolutely not. In real life, when presidents double down on their current agenda, even after the polls are screaming for them to reverse course, the American people become dispirited and depressed, and we blame their intransigence on corruption. But in our fiction, it’s a different story.

Compare this to later seasons of 24, in which President Palmer’s more pliable, poll-following brother inherited the Oval Office. He was perfectly nice, but the audience hated that guy. We all dream of saying no to our boss, and we want our fictional heroes to live that dream, even if the hero’s boss happens to be the American people.
Posted by Matt Bird at 10:30 AM