The Expanded Ultimate Story Checklist: Does the hero have a well-defined public identity? 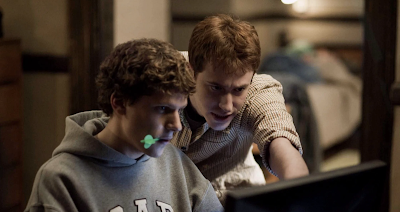 Compelling characters are never exactly who they seem to be. The public identity is what your character seems to be to the world, and it must contrast with his private identity. The gaps between the two are the character’s contradictions. The more contradictions, the more compelling the character.

This is an area where novelists have more leeway than scriptwriters. A novel can start by introducing the hero’s interior life, then move on to introduce the hero’s public identity. But scripted media, such as plays, television shows, and movies, almost always introduce the external first. Characters’ interactions are immediately apparent, but their inner life (without a voice-over) only becomes clear when we see how certain behaviors contradict others.

So how do you create a compelling surface characterization?

The most obvious way is to define heroes in the context of their public role (job, school, function within the family, etc.). You do this by showing unique behavior in this space that quickly defines the character. But it’s essential to derive this behavior from your personal experience or research. Your character can’t start out by simply doing the sort of thing similar characters do in other stories or your audience will instantly lose interest.

If you’re writing about a doctor, and all you’ve ever seen of doctors is what they do in other TV shows, then it will be impossible to come up with fresh and convincing behaviors to characterize your hero. Every behavior you come up with will either seem overly familiar (they do that on TV!) or false (you just made that up!).

Generic is bad. If you want to give your cop character a little personality, don’t give him a donut craving. It’s believable enough, but it’s a cliché. Instead, you should give him something specific. How about a crazy saxophone-playing cop who always has his sax around his neck? That is certainly specific, but it doesn’t ring true. The hard part is coming up with something that’s unique but also authentic. How do you do this? Research. Go on a ride-along with some cops. Very quickly you’ll notice behavior that makes you say, “A-ha! I didn’t know that cops did that, but it makes total sense that they would!”

Likewise, if you want to write about doctors, it would be great if you were a doctor yourself, but if you just spend an hour with an actual doctor, or just read one doctor’s memoir, you’ll note dozens of little behaviors that you can use. ER creator Michael Crichton was a doctor, which is how he knew that some doctors dose themselves with saline drips to get ready for work.

Aaron Sorkin, on the other hand, knew nothing about the world of computer programmers when he got the assignment to write The Social Network, but he had an amazing resource: Mark Zuckerberg had kept a stream of consciousness misogynistic rant while creating his proto-version of Facebook. That sort of primary document is just as good as being there.

If the audience finds your hero’s surface behavior compelling, then you’ve already got a big leg up. To get them to really care, however, you must soon contrast her characterization with her true character.
Posted by Matt Bird at 10:30 AM