The Expanded Ultimate Story Checklist: Is the hero defined by ongoing actions and attitudes, not by backstory? 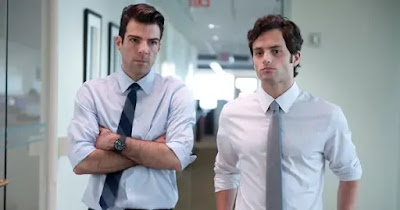 Many writers assume a hero will be interesting because of an interesting backstory, but the audience doesn’t actually care much about a hero’s backstory. Heroes are interesting because of their actions and attitudes as the story progresses, not because of what happened in the past.
Some recommend that you preplan every possible fact about your hero’s backstory, all the way back to where her grandfather went to college, but if you actually take the time to list five hundred facts about the past, then you might run into some danger:
Every year, there are terrible TV pilots about quirky groups of cops. Each member of the team stops the story dead to reveal a long, complicated backstory, but their current plans and tactics are virtually identical.

Don’t get me wrong: As long as you’re ready to know more than you show, it’s okay to write out a full bio of each character. Just because your heroes have baggage doesn’t mean they should take it out of the overhead bin during the flight.

Most of the time, the audience is content to simply guess the hero’s backstory. If your hero became a cop because he came from a long line of Irish cops, or became a preacher because he was always the most pious kid on his block, you don’t need to tell us that. We can guess.

The only good reason to reveal a backstory is if it’s an ironic backstory: Maybe your cop comes from a long line of college professors, or your preacher used to be a gang member. These are backstories worth mentioning.

In Margin Call, the big-time stockbroker Jeremy Irons quizzes his underling Zachary Quinto about where he came from. We find out that, rather than being a trained stock analyst, Quinto started out as a rocket scientist working at a jet propulsion laboratory, then jumped into finance because the money was so much better. Not only does this give Quinto an ironic backstory, but it reveals the theme of the movie: Our cleverest minds, which once helped us soar to new heights, are now put to use dreaming up crooked schemes that crash our economy and create nothing but wreckage.

Irons’s backstory, on the other hand, is never revealed, because we can guess where he came from, and that’s fine. Not every character needs to reveal backstory. Most of the time, the audience is happy to fill it in.
Posted by Matt Bird at 10:30 AM

I just finished your book & this specific section was incredibly helpful. I (and I think many writers) have a tendency to feel like leaving out backstory is somehow cheating but we also know that pure backstory is boring, so we end up starting our stories earlier (where the backstory would start) instead of opening it by going basically right into the action. After thinking about this in relation to my WIP, I cut out a massive chunk, right out of the overly long first quarter, solving that problem as well. Thank you!