The Expanded Ultimate Story Checklist: Does the hero have a consistent metaphor family? 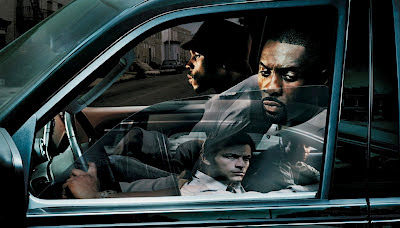 So far, I’ve focused on how to make characters compelling through behavior, but, alas, they eventually have to open their mouths, too.
Predetermining how a character will speak is one of the hardest parts of the job. In fact, it’s so hard that it’s tempting to simply wait until your characters “talk to you,” but this will often result in bland, generic dialogue. You need a separate controlling idea for how each character will speak.

One shortcut I like to use is to combine the personality of a friend with the persona of an actor. For instance, as we saw before, Danny McBride created his character in The Foot Fist Way by combining the Tae Kwon Do instructors he knew with Ricky Gervais’s persona from The Office, and funny dialogue started flowing.

For minor characters, it’s better than nothing to simply declare your character will talk like Woody Allen, Vince Vaughn, or Bette Davis. Anyone whose persona you can channel is fair game. The audience usually won’t notice. But starting with a derivative voice will only get you so far. Ultimately, you need to be able to create a new voice from scratch, and there are ways to do so.

Start with a few rules. Does the character talk a lot or a little? Use complete sentences or fragments? Is the character self-aware or oblivious? Lay down these rules and stick to them. Eventually, an oblivious character can reveal an unsuspected self-awareness, of course, but never be in a hurry to surprise the audience. Let the character act dependably for as long as possible, and only reverse expectations when the audience least expects it.

The biggest mistake is to wait until you have quieter character scenes to reveal all your finely wrought character work. Then, when the plot kicks into high gear, all of that work suddenly vanishes. “There’s no time for all that personality stuff now. We’ve got important things to talk about!” Your characters suddenly become indistinguishable, reacting the way anybody would in a crisis.

But personality is not a luxury we shed in times of stress. It’s vital to find a governing rule that determines a character’s language even in extreme situations—especially in extreme situations. This is why your characters each need to have their own metaphor family. This can be a go-to source for every swear word they mutter, every compliment they give out, every daydream they indulge in, etc. Sometimes, their metaphor family is based on their job, but it can also be based on their cultural background or psychology.

Let’s start with real life. On a normal news day, Dan Rather used the same stentorian language as any other news anchor. But when things got crazy, his language transformed. Those of us who watched his reaction to the 2000 election night crisis are still trying to pick up our jaws off the floor. Dan revealed his unique metaphor family: rural Texas.
This didn’t happen because things slowed down and we got a chance to ask him about his background. This happened because things sped up too fast for him to watch himself. This example shows how writers can reveal character in moments of crisis.

Rulebook Casefile: The Value of a Counterintuitive Metaphor Family in Star Wars

An unexpected metaphor family can be a great way to add complexity to a character. It’s fine to simply draw a character’s metaphor family from the role they play in the narrative (the cop can’t stop using cop lingo at home, the doctor sees everything in medical terms) but sometimes it’s more interesting to skip over the obvious choice and choose a metaphor family that subtly highlights a suppressed aspect of a hero’s personality.

Obi Wan in Star Wars is a great example. His role in the story at first seems to be that of “jolly old elf” / hermit / wizard, and that’s all true, but none of these labels determine his metaphor family. His language reveals that all of those roles are somewhat of an affectation hiding what Obi Wan really is: a general.
This isn’t to say that Obi-Wan isn’t a spiritual character, he clearly is, but if the spiritual wisdom he dispensed was accompanied by a more new age-y metaphor family (which would be the default choice) then we would be more likely to see him as a hoary old stock character. Giving him a metaphor family that speaks to his suppressed former life enriches the character and makes his wisdom seem much more powerful, because it’s clearly hard-won.

Rulebook Casefile: Un-Racist Writing and Metaphor Families in “The Wire”

Like a lot of writers, I saw “The Wire” and thought, “I’d love to write something like that!” So I wrote a script about a loose cannon white cop causing havoc in a housing project. The script was “progressive” in that, in the end, the white cop was the victimizer and the black people were the victims, but I was shocked to discover that, when people read it, some of them thought that the script sounded vaguely racist. Not so much the plot, but the fact that I had black drug dealers talking what I thought was street lingo. Well, what did they want? Should they speak the queen’s English?

Only later did I go back and realize that yeah, despite my good intentions, the dialogue did sound unintentionally racist, but I still didn’t understand why. It wasn’t until I re-watched the first season of the “The Wire” that I figured it out: my dialogue wasn’t specific enough. It was generic “black projects drug dealer” jargon, which was a problem in several ways:
On “The Wire”, all of the black drug-world characters do indeed have the metaphor families of “black projects” and “drugs”, but each of them has their own individual metaphor family, too:
The characters on “The Wire” were all in the same world for the time being, but you didn’t have to listen to them long to realize that they all started out in different places and they were all headed in different directions.
Posted by Matt Bird at 10:30 AM

I feel like metaphor families would make a good reference book