The Expanded Ultimate Story Checklist: Does the hero have a default argument tactic? 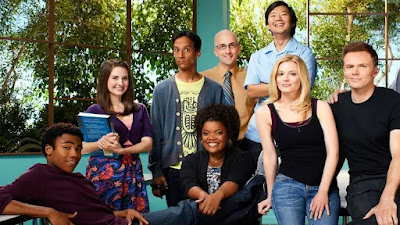 Similar to the default personality trait is the default argument tactic. As with the personality, tactics can greatly transform over the course of a story. Frequently, heroes will start off the story naïve and overconfident, using half-ass strategies because they’ve never been seriously challenged. As the heroes face up to the challenge, they will gain skills, hone weapons, and figure out how to accomplish things.
Nevertheless, each character should have a default argument tactic throughout. Your characters will gain more and more arrows in their quiver over the course of the story, but they will always instinctively reach for this arrow first, from beginning to end. In any given encounter, it is only when this tactic fails that they will move on to another.

This is one of the least perceptible aspects of personality. You probably don’t think of yourself or your friends as having default argument tactics, but if you think about it now, you might realize that each one does. Start there, instead of with movies or books: Listen to the people in your life and how they instinctively try to win arguments.

We identified metaphor families using 30 Rock characters, so for default strategies, let’s look at that show’s former Thursday night companion, the equally brilliant Community. Let’s say you’re withholding a secret from a member of the Greendale Community College study group. How will they try to get it out of you?
These strategies tend to have some overlap with the characters’ metaphor families or default personality traits. Jeff, Shirley, and Britta have strategies that relate to their backgrounds (lawyer, evangelical Christian, hippie). Abed’s strategy is related to his psychology (Asperger’s syndrome). Annie, Troy, and Pierce, on the other hand, use strategies that match up to their default personality traits (sweet, geeky, and arrogant, respectively).

In dramas, the characters will be less broadly sketched but still use distinctive default strategies—silence or verbosity, sexuality or piousness, logic or emotion, etc. A character with a consistent tactic will be far more believable.
Straying from the Party Line: Chris’s Lack of Metaphor Family, Argument Tactic, Strong Motivation, Goals, Insistence, and Decision-Making Ability in “Get Out”

So according to our checklist, Chris seems like a rather deficient hero in Get Out. Let’s look at at all the character tests he fails:

In the commentary, Peele points out something interesting:
Chris is told by Dean early on that his role as boyfriend is to say “She’s right, I’m wrong,” as often as possible, but of course there’s a racial component to that as well. Chris is expected to say that to every white person. When the cop arrives, the black man is in deadly peril, but the white girl has power over the cop, which she happily flexes.

As I say above, Chris shows more personality in his brief conversations with Rod than with anyone else. Long before he gets sent to the sunken place, Chris is hiding inside himself, and we understand that, so we still find him compelling in spite of his lack of some of the surface traits we crave. He’s somewhat self-less (but not selfless) and generic, but we sense more under the surface of Kaluuya’s performance, so we don’t reject him.

And it’s essential that we see his great photography at the beginning: the ultimate way to show the soul of the voiceless.
Posted by Matt Bird at 10:30 AM

For some reason I always struggle with this one, so it's quite handy to have so many examples in one place.