The Expanded Ultimate Story Checklist: Is there at least one “Holy Crap!” scene (to create word of mouth)? 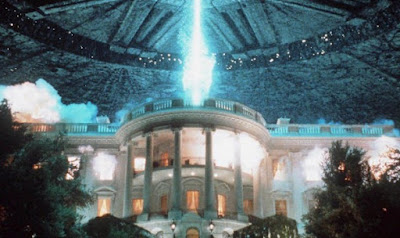 What’s the one moment that will make readers perk up and go, “Whoa! I’ve never seen that before. This story actually went there! I’m out of my comfort zone now!” This is especially important for these three genres:
Obviously, it’s easy to get cynical about such scenes. When I was writing a broad comedy, I watched twenty recent comedy trailers and jotted down the biggest laugh in each one. A shocking number involved raccoon attacks, or head injuries, or both. But these scenes can actually make your story better.

Your story needs a reason to exist. It has to be the story that did that thing that nobody else would do. “But wait,” you say, “I don’t want to write an outrageous, over-the-top story!” Okay, let’s look at the value such scenes can have for quieter stories.

Sideways is a much gentler movie than the two listed above, but it has not one but two “Holy Crap!” scenes: the one where pretentious wine connoisseur Miles drinks an entire bucket of wine-spit at a vineyard, and the one where Miles has to retrieve his friend’s wallet from a couple having enthusiastic post-cuckold sex.

Writer-director Alexander Payne excels at little subtle jokes, such as when Miles holds his ear so he can better smell a glass of wine. We find these moments inherently funny, but we aren’t sure that we have permission to laugh at them because they’re so muted.

The value of “Holy Crap!” scenes is that they tell us, “Yes, this is definitely supposed to be a comedy. This is all funny. Laugh.” The two “Holy Crap!” scenes in Sideways shatter the movie’s gentleness (and, one might argue, realism), and the viewer feels liberated. We’re shocked out of our happy mellowness to finally enjoy a gut-busting laugh with the rest of the audience, which creates a moment of communal joy and bonding.

And part of that joy is that we now have a scene that we can tell our friends about to get them to see the movie (or read the book). What if these scenes hadn’t been there? You’d have to say, “He holds his ear to smell wine!” and they wouldn’t get the big deal. Your “Holy Crap!” scene is your calling card and your cultural currency.

Rulebook Casefile: The Crucial Use of a “Holy Crap” Moment in “Lady Bird”

Wow, so right away, this movie “fails” the first three questions on our checklist:
This is the quintessential “small movie,” and it’s a perfect example of how to do it right. Writer / director Greta Gerwig knows exactly what she’s doing, and she knows the risk of not meeting those expectations.

She could have generated some sort of hook, but chose not to. She could have amplified the irony of her real life memories. She could have transposed her own coming of age story into some bigger setting with bigger stakes (Post-apocalyptic! Learning how to overcome dragon overloads!), but she very faithfully stuck to the true story, right down to the year and city: Sacramento in 2002.

So how do you sell such a movie? Obviously, a big part of it is waiting to see if you get good reviews and them quoting them in the press materials. But Gerwig didn’t wait for that: She knew she had to add one moment that almost certainly didn’t happen in real life.* An outrageous moment. A moment that maybe no one would actually do, but we all remember feeling like doing it, and so it’ll delight audiences to see someone actually do it. A moment that would get a big laugh in the movie, and more importantly, in the trailer. A “Holy Crap” moment, in which Lady Bird jumps out of a moving car to get away from her mom’s criticism.

(In the script, she waits until her mom is slowing down at a light, but in the film they decided to push it farther and put them going full speed on a rural highway.)

Somewhat unusually, the “Holy Crap” scene here is the first one. This works well, as it also serves at the “problem becomes untenable” moment, which is always a good place to start this kind of movie. Obviously, her problems with her mother have been building for years, but this is the moment the movie begins because those problems have now entered the “life threatening” zone. It’s now an untenable situation. Something must be done.

* I wanted to confirm this, so I looked up and found this article, which confirms my assumption and backs up what I’m saying here:

Greta Gerwig wants it to be known that she’s never leapt out of a speeding car, even if the protagonist does so in Lady Bird, her acclaimed new film.

Why would anybody think she’d do such a thing? Well, maybe it’s because Saoirse Ronan, the Irish actor who plays the rebellious teen title star, does such a grand job of making us think of Gerwig, the popular comic actor (Frances Ha, Mistress America) who remained behind the camera this time as writer/director of her debut feature.

Lady Bird lives in Sacramento, Gerwig’s hometown. Her mom’s a nurse, she goes to an all-girls Catholic school and she embraces life with a unique sense of cockeyed optimism. Ditto, likewise, for Gerwig’s past and current life.

So the Oscar-buzzed film, which opened Friday in Toronto, is at least semi-autobiographical. But let’s clarify the car incident, which happens when Lady Bird is having one of her many “discussions” with her mother, played by Laurie Metcalf.

“I never jumped out of a moving car,” says Gerwig, 34, during a recent Toronto promotional visit.

“I did get out of a vehicle once (during a dispute), but it was a stopped car. The car scene in the movie felt like, emotionally, completely realistic. Everybody knows the feeling of when you’re in a car and you’re fighting, and you want to push them out or you want to jump out, or some combination of the two. You’re literally trapped with the person in the space . . . I just always knew that’s how I wanted to start the movie.”
Posted by Matt Bird at 6:41 PM