The Expanded Ultimate Story Checklist: Does the story contain a surprise that is not obvious from the beginning? 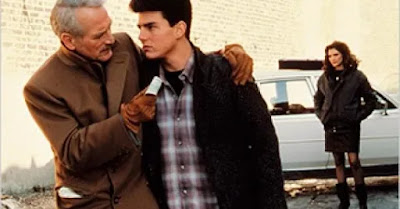 This is often called the twist, but it’s a word so abused that writers are tempted to shun it. We all know who’s to blame: M. Night Shyamalan, master of the “everything you know is wrong” twist. But when it comes to twists, smaller is usually better. Don’t shock your audience; astonish them. Instead of you, the writer, surprising the audience, let your characters surprise the audience.
Much worse is the story with no surprises at all. Young Adult is a very funny movie. Charlize Theron gives a great performance as a failed children’s author slinking back home to pick up where she left off. Writer Diablo Cody and director Jason Reitman both know how to deliver incisive satire, skewering shallow city dwellers and banal exurbanites with equal relish.

There’s just one big problem with this movie: If you were to stop the projector halfway in and poll the audience about what’s going to happen next, all of them would guess correctly. Once the major characters are introduced, this whole movie rolls downhill. It’s painfully obvious what’s going to happen every step of the way.

Compare this to The Color of Money. This is hardly a twist-driven story, but nevertheless, it takes an astonishing turn in the third quarter. If you turned off the projector halfway through, most of the audience would guess that naïve young pool player Tom Cruise was going to eventually reject the corrupting ways of veteran hustler Paul Newman, and find a way to succeed in the world of professional pool playing without compromising his integrity. Instead it’s Newman who discovers his conscience and confronts an increasingly sociopathic Cruise. When this plot turn happens, we’re astonished but not baffled. In retrospect, the signs were there, but we didn’t notice them before. That’s a great twist.

The ending of Young Adult certainly seemed inevitable but not at all surprising. It felt as if the writer was determined to condemn her own main character, and so she didn’t allow the character to surprise her or us. If you set out to “nail” your main character, you’ll need to use a hammer, and after you use that hammer, she's going to end up flattened. Let your characters surprise you, and they’ll surprise the audience, too.
Posted by Matt Bird at 6:41 PM