The Expanded Ultimate Story Checklist: Does the situation permanently transform the hero, and vice versa? 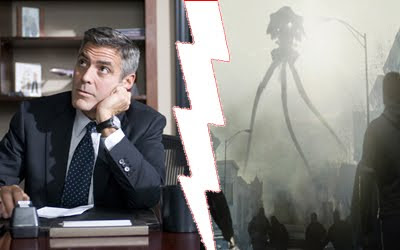 It’s the age-old conundrum for writers: When you’re generating a story, do you start with character or plot? Do you create interesting characters and then craft a situation around them, or do you create an interesting situation and then figure out who might be dealing with it? Both methods have their perils.
If you start with great characters, even if they’re fascinatingly complex—especially if they’re fascinatingly complex—then they’re going to be resistant to change and unwilling to put themselves in danger. Beware of the “character piece,” in which we watch heroes drift from scene to scene, encountering characters who define them but don’t challenge them.

Our challenges tell us who we really are. What we feel and believe is ephemeral. We see ourselves one way and the world sees us another way, and who’s to say who is right? We don’t know who we really are until we hit a wall. Trying to define yourself or your characters outside of a major challenge is a slippery business.

Up in the Air is a classic example of a good-but-not-great character piece. It’s about a rootless efficiency expert who is only happy when he’s on an airplane. That’s an interesting character, but the situations he encounters (having to compete with a young colleague, falling for a married woman) never seriously challenge that core characterization. The movie is more about defining the character than redefining him. His character is an unstoppable force that never meets an immovable object, so the story never grabs us.

But it can be equally risky to start with a plot and add your characters later. Let’s say you want to start with an alien invasion. Great. But who deals with it? Who’s the character? What is the character’s relationship to the plot? If you spend a lot of time coming up with a cool situation before you pair it with one character’s journey, then you could end up in big trouble all over again.

H.G. Wells’s novella The War of the Worlds features one hell of an interesting situation, and it keeps getting adapted (for radio, for television, for the movies) over and over: Martians attack Earth and shoot death rays at us, but they are ironically defeated by their lack of immunity to Earth viruses. Unfortunately, every adaptation of this story has lacked memorable characters.

In the 2005 movie version, Tom Cruise was an aimless divorced dad trying to redeem himself and protect his kids. Okay, but what does that have to do with aliens getting defeated by a virus? Nothing. The character arc and the plot never intersect. War of the Worlds is a big self-sufficient plot that doesn’t leave room for any characters.

Great stories have characters and plots that can’t thrive without each other. In the book and movie Silence of the Lambs, FBI agent Clarice Starling is a great character, but she isn’t interesting enough for us to just follow her around at FBI camp. She wouldn’t generate enough conflict simply by getting to know herself. If the opportunity to interview serial killer Hannibal Lecter hadn’t come along, there would be no story.

The key is to let Hegel be your guide: Thesis plus antithesis equals synthesis. Your hero’s personality is the thesis, and the intimidating opportunity that arrives is the antithesis to that. What new synthesis will be created in the wake of this confrontation? When the unstoppable force meets the immovable object, a story is born.

The hero must affect the events and the events must affect the hero. That’s the first test of a great story idea. The hero of Up in the Air is a thesis who never meets his antithesis. He is a character who is defined but not redefined by the plot. The alien invasion in War of the Worlds simply collapses on its own. It is a plot unaffected by the characters. In Silence of the Lambs, however, the plot and the character combust in a volatile reaction.
Posted by Matt Bird at 10:30 AM