The Expanded Ultimate Story Checklist: Does the story satisfy the basic human urges that get people to buy and recommend this genre? 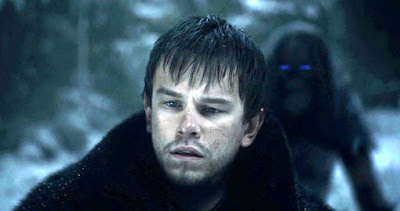 For the most part, when people recommend a story to their friends, they don’t praise the concept, characters, structure, scene work, dialogue, or theme. They recommend it to their friends based on the urges the story satisfied.
Usually, when I get an idea, it gets me excited for a short time, and then I gradually lose interest: I realize that it doesn’t make sense, it doesn’t mean anything, or the character arc and the plot have nothing to do with each other. Somehow the entire thing fails to coalesce. But then there are other times when everything magically clicks into place. A compelling hero believably finds herself plunged into an exciting plot that builds to a satisfying conclusion! Even better, the entire thing is a powerful metaphor for our modern condition! Victory! But then, something happens: I pitch the idea to a friend, or maybe my management, and get hit with a devastating response: “Well, okay, sure, but why would anybody want to see it?”

Oh, right. I forgot about that.

Let’s say your co-worker corners you at the watercooler to tell you about a great movie or TV show. What are the odds you’ll hear one of these phrases?
Not likely. Here’s a list of things your co-worker is far more likely to say:
Writers must know how to push people’s buttons. You have to give them something they crave. “But wait,” you say, “I don’t want to push people’s buttons. I want to write something smart and a little bit difficult. I want my audience to think about the consequences of real life, not just rock out!” Well, guess what? If you want to write something noble, then you really need to push buttons.

David Chase transformed TV for the better with The Sopranos, proving once and for all that the medium could do dark, morally complex, open-ended, unsettling storytelling. When he was selling his pilot script to a network, several fell in love with it and tried to turn it into a series, but then one by one they each got cold feet. At first, Chase assumed that this was because they were worried about the violence, but then he began to suspect that the opposite might be true.

In the end, he realized that he had two problems:
He certainly wasn’t willing to abandon the project because of the first problem, but he was happy to change the second problem. He wrote a new version in which his antiheroes whacked somebody in the first episode, and suddenly everybody loved the pilot even more. Only then did the show finally get picked up.

Chase’s goal was to subvert the traditional mob narrative (and, along the way, America’s self-narrative of our own success), but first he had to assure his audience that, yes, even if this would be an untraditional mob story, it was still going to be a mob story. It was going to conform to the general subject matter of the genre and at least occasionally fulfill the urges that get people to consume those stories. In this case, bloodlust.

I’ve said before that audiences expect a genre movie to meet most of the pre-established genre expectations, but defy a few of them. The Fugitive is a classically structured, adrenaline-packed thriller that delivers almost all of the conventions that audience expects, but there’s one nearly-universal aspect of this genre that it pointedly refuses to deliver: the hero doesn’t kill either of the villains (neither hitman nor client.)

But rather than leaving audiences disappointed, this was a huge aspect of the film’s success:
In most “law vs. justice” thrillers, the hero humiliates the pansy-lawmen once and for all by doing what they refuse to do: deliver swift-and-fatal “justice” himself. This is supposed to make the audience stand-up-and-cheer in righteous wish-fulfillment. But this movie is doing something entirely different. This is a “law vs. justice” movie, but the solution is not to sever the two permanently, but rather to bend them back towards each other. For the first two reasons above, Ford has no interest in killing the two men who killed his wife, but it also ties in nicely to his flaw-as-flip-side-strength.

As we discussed last time, it should be frustrating to us that Kimble frequently sabotages his quest, but this turns out to be exactly the right thing to do: If he’s not going to kill the villains, then what can he do with them? Make a citizen’s arrest? No, he has to win the lawmen back to his side, and ironically, he can only do so by sabotaging his cause over and over again in the name of compassion.

Every time Kimble sabotages his cause, he’s bringing about the only truly-satisfactory outcome: winning Gerard over, and reuniting law and justice.

Straying from the Party Line: The Babadook vs. Genre Expectations

There is no genre that has a more tortured relationship to its own conventions than horror. The burdensome pile up of rules and tropes has gotten so thick that there’s a whole subgenre of movies about those rules and tropes (Scream, Cabin in the Woods, etc.)

Even horror moves that aren’t about the rules wind up being about the rules: It Follows was a movie that tried to start fresh, but I felt that it was so concerned with rejecting conventions that it became merely a commentary on those conventions, and failed to work on its own. The filmmakers gave interviews in which they basically said, “Yes, we have flat characters, but we’re subverting that trope, don’t you see?” Thanks, but I’d rather just have compelling characters.

Would-be horror directors now seem to have three choices:
From her interviews, it’s clear that Jennifer Kent feels the burden of these expectations and the stigma of the genre:
So why make it horror?
Sometime when female directors make horror, they make sure that they’ll be allowed into the boys’ club by amping up the violence and gruesomeness, but not Kent. She doesn’t shy away from the notion that this is a “women’s” horror movie, not only because it’s about motherhood, but because, amazingly, it has no (human) deaths!

Can you have horror without onscreen deaths? That’s a pretty huge genre convention to ignore...and yet this could not be more of a horror movie! First and foremost, it’s just really goddamn scary. Even when you become pretty sure that neither the mother nor son will die, the mere notion of a mother trying to kill her son (and a son fighting back) is sufficiently horrific. Beyond that, the monster is terrifying, the jump scares are effective, and the atmosphere is tremendously creepy.

And it’s interesting to note all of the genre tropes/clichés that the movie does include, without any attempt to subvert them:
As I’ve said before, some things become clichéd for good reasons. For instance, it would be too unbelievable if she never went to the cops, and yet that avenue must be closed off immediately, and it’s certainly understandable that they wouldn’t believe her.

This movie is the ultimate confirmation of the rule that you must embrace two conventions for every one you reject, but you must not embrace all of them. Just don’t fall into the trap of subverting them just to prove that you’re too cool for school. You’ll please the clever fans, but you can’t tell a great story that way.

How “A Game of Thrones” Breaks All the Rules: Commit to your Genre

George R. R. Martin has an odd relationship to his genre. “A Game of Thrones” begins with a raid north of the Wall where our rangers are killed by zombies, who are pretty clearly supernatural (with maybe a 1% chance that it’s not supernatural.) Much later, we get another zombie attack, this one more clearly supernatural. Finally, we end with dragon eggs hatching. But that’s only 3 out of a whopping 72 chapters. In the other 69 the drama is mostly socio-political. Occasionally magic beasts will come up in conversation, but they always seem to have the status of dubious legends. Every time someone mentions fairy folk or giants existing years ago, there’s another character to ridicule the whole idea.

So who is Martin’s ideal reader? Is he writing for those who prefers the realistic push and pull of historical fiction, or does he truly want to be the American Tolkien and fully embrace his fantasy setting? Is his biggest influence not Tolkien but, as he has intimated, the French author Maurice Druon, author of the “Accursed Kings” historical fiction series?

You’re supposed to establish a genre in the opening pages and then consistently deliver the familiar pleasures of that genre. You’re supposed to assure one type of reader that you will satisfy them and then pay off that promise. That first scene breaks the rules.

Does he get away with it? Pretty much yes. I know that there are some readers who put the book aside when they realize that they’ve been falsely led into reading a socio-political book, saying, “Eh, not enough magic.” But for most readers, it’s actually kind of cool: Yes, he’ll give us some magic, but he’s also confident in his ability to make the intrigue just as interesting while we’re waiting, and we enjoy those 69 chapters just as much as the other 3. We get just enough genre thrills, but spend most of the book feeling like we’re maybe smart and sophisticated enough that we don’t need them.

But there’s definitely a tension: Martin sets up a situation in which zombies and dragons are on the very fringes of the narrative, literally and figuratively, but he also tells us that he comes to sing to us of ice and fire. Much is made of the fact that the zombies and dragons will play a bigger and bigger role in later books, even though they’re barely glimpsed here.

Yesterday, I proposed one reason Martin has been slow to turn out more books. Here’s another: Maybe he never really wanted to write about these magical creatures, and included them only to sell his fictionalized history to the fantasy crowd, but he’s set up a situation where he’ll have to write that stuff more and more, and he’s just not interested in doing that. Let HBO handle that stuff.
Posted by Matt Bird at 10:30 AM