Hey, where’s Marvel Reread Club?? Well, after overwhelming you guys with podcast content last week, I’ve decided to do one podcast a week. MRC will appear this Friday morning and will now be bi-weekly every other Friday from this point on. The next Friday, we will have a new Secrets of Story Podcast, then a new MRC, etc. Hopefully we can maintain both podcasts on a bi-weekly schedule, alternating with each other. In the meantime, let’s do Aladdin! 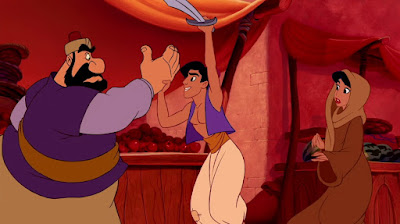 Why Aladdin might be hard to identify with: No real reason, he’s tremendously lovable.