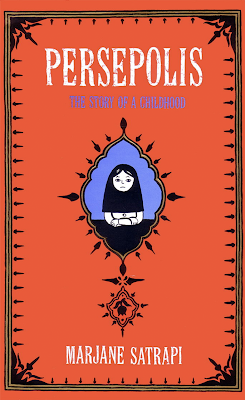 I’ll break my rule and do just one book in translation. The author is an English speaker who supervised the translation, so I’m going to let myself get away with it, and I just love it too much not to use it.

There’s no reason not to love Marjane, she’s intensely sympathetic. Let’s look at some of the reasons we Believe in her:
As with most of our other examples, Marjane is caught up in a historical tragedy, so she’s easy to Care for:
There are lots of reasons to Invest in Marjane:
In the end, Marjane will not lead the revolution, but we trust in the opening pages that she could.

I love Persepolis!
Now rhat you've been analysing commics and grapfic novels so much, have you found that there is a difference in storytelling compared to other mediums (Novels,Movies)?

Yes and no. I haven't done comics much because serialized comics, especially those that are part of interconnected universes are SO different. But these standalone memoirs aren't that different from prose memoirs, so I figured I could take a look at them without getting too bogged down in the unique aspects of the medium.