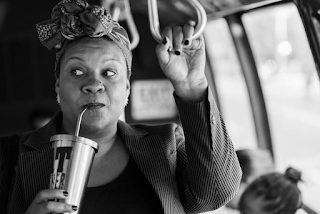 If you couldn’t tell from the last two days, I was pretty grouchy this year. I have more complaints than praise for most of my top ten. Pardon my complaininess.
10: The 40 Year Old Version
I’ve seen thousands of movies, and I can say without a doubt that this has the worst title of any of them. I thought about citing this movie in my book (always on the lookout for more movies by women of color) but then I’d have to say “No, I don’t mean The 40 Year Old Virgin, there was another movie with a very similar title that you’ve never heard of, and no, this one wasn’t in any way a parody of or response to The 40 Year Old Virgin, it just has a very similar title.” Nevertheless, this is a very winning movie that deserved a wider audience. It’s too long, and could have lost 20 minutes without cutting a single scene just by having tighter editing, but writer / director / star Radha Blank is very appealing in the lead role.
9: Emma

Well, this was certainly Anya Taylor-Joy’s year. I hadn’t heard of her when I saw this a year ago, but now she’s America’s sweetheart. Ultimately, I think I still prefer the Paltrow version, but this was very enjoyable. Alas, this was the last movie I saw in a theater, right as it all started to fall apart. The theater (the only one in town) has now announced it will never re-open.

I don’t like that “Groundhog Day” has ceased being a movie and instead become a genre. Every time they make another one, I think, “Do any of these movies justify their existence?” Thus it was that I was able to really enjoy this movie, which still thinking, “This still has no right to exist. It’s too indebted to Groundhog Day.” But this movie is so watchable because Cristin Milioti is a national treasure.

How can a movie be so tedious but also somehow riveting at the same time? Writer / director Charlie Kaufman has never been more openly antagonistic to his viewers than he is here, staging defiantly interminable scenes, but the performances are so good and the situation so menacing that I was still compelled to keep watching. In the end, I had to google what the ending meant (Luckily, the novel laid it out much more clearly) but once I had, I was able to appreciate that the movie handled it the way it did.

I guess this movie is the frontrunner for the Oscar, and that wouldn’t be a shame or anything if it won, but it wasn’t my favorite movie of the year. I found the experience of watching it to be very mild. It didn’t hit me hard. The cinematography was certainly gorgeous, but shooting so many scenes at sunset is kind of cheating in that department. McDormand is always great, of course.

Okay, tomorrow we’ll start on the Top Five, but I should warn you that I’ll still have a big complaint!
Posted by Matt Bird at 10:30 AM

I really liked the new Emma, but thought the ending was bizarrely modernized in how Emma makes amends for her snobbishness toward Robert Martin, the farmer. In the end, I still love the Romola Garai version of Emma best (but it's a miniseries and not a movie). I thought AJT was really fun and clever in this new version, though, and I loved the colorful set design, which made the movie nice to watch during a dreary pandemic.

I guess that should have read ATJ!

I forgot to say I read I'm Thinking Of Ending Things and thought it was pretty fascinating, and the ending was indeed very clear in that book. It was hard for me to imagine how it could be adapted for film because so much of the interiority is brilliant, and that's difficult to mimic onscreen, but it sounds like it worked well for you.

Yes, the color scheme was great. I didn't notice the plot change, but I guess you're right. I never saw the miniseries.