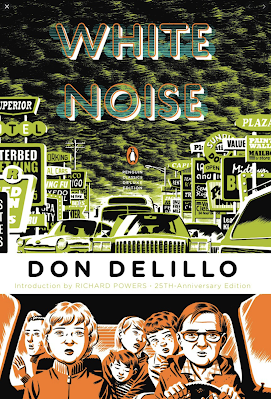 Middle-aged Jack Gladney, chair of Hitler Studies at College-on-the-Hill in a midwestern town, watches the students return to campus. He lives with his wife Babette and their children from previous marriages. He and American Studies teacher Murray Siskind visit the most photographed barn in America. Foreshadowing of an Airborne Toxic Event abounds.
Why Jack might be hard to identify with: We’re hardwired to dislike men like Jack with an unspecified number of ex-wives he doesn’t get along well with. And of course, like any postmodern hero, he’s disconnected from his surroundings and his own thoughts and feelings, which risks us being unable to connect to him.