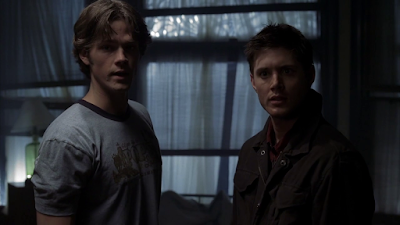 We see Sam and Dean’s mother get killed by a demon when Sam is a baby and Dean a little boy. 20 years later, Sam’s in college interviewing for law school while Dean hunts demons with their father. Their dad disappears, so Dean convinces Sam to come with him and try to find him.

Why Sam might be hard to identify with: He’s the stick in the mud who’s not sure if he should rescue his dad.

Why Dean might be hard to identify with: He wants to take away Sam’s chance for a better life. He hits on Dean’s girlfriend in front of him.