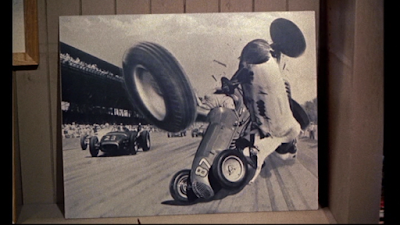 L. B. “Jeff” Jefferies has gotten himself hurt taking a photo in the middle of a race track. Now his leg is in a full cast and he’s cooped up at home, passing the time spying on several neighbors in across the courtyard. His insurance company nurse Stella visits and scolds him as a peeping tom
Why Jeff might be hard to identify with: He complains he’s turning into “a lonesome and bitter old man.” He doesn’t want to marry Grace Kelly! Who can identify with that?? “If she was only ordinary… I need a woman who’s willing to go anywhere, and do anything, and love it.”

Believe
Care
Invest
Strength / Flaw: Risk-taking and attentive / Commitment-phobic and disrespectful of other’s privacy
Posted by Matt Bird at 10:30 AM

One of my favorites. My parents saw this when it first came out and they stayed in the theater to watch it a second time through. My dad claimed that was the sign of a great movie.

We watched this with the girls last night, and another reason that Jimmy Stewart's character might be hard to deal with is that he's a complete jerk to Grace Kelly's character! It took a little extra time for my daughters to get into the movie when this weird old man in a wheelchair is treating someone like Grace Kelly like such dirt! Fifteen minutes in, they were both in it to win it, but Jimmy Stewart's first-act dickishness is hard to overstate.