31 Days of Believe Care Invest: Superhero Week Concludes with Guardians of the Galaxy 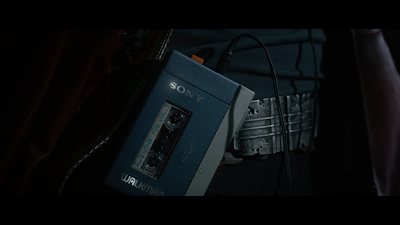 We begin on Earth in 1988. Young Peter Quill watches his mom succumb to cancer, then gets sucked up into a spaceship. Then cut to 26 years later, where Peter is now “Star Lord” an intergalactic thief stealing an orb from a desolated planet. Killers led by a man named Korath come to stop him and he barely gets away.

Why Peter might be hard to identify with: Not much reason. He kicks some cute animals. When he’s crashing around in his ship, he forgets his one-night stand is in his sleeping quarters, but even that comes off as rogue-ishly charming.

I don't know - I find it hard to care when the mom is fridged so the son can indulge in suffering - partly because it is standard I guess. It's kind of nauseating really

I was in your class at OCWW on Thursday. I was the one at the break who was confused about where we were in your outline.

I know Thursday was a little crazy, so I wanted to say I really liked the class. You're a great thinker about stories. I've read The Secret of Story cover to cover, and I like the new material. I've already changed the first page of one of my novels, and I'm going to use your approach for other novels.

A question: Do you do consulting where you read the first ten pages and give your opinion on Believe, Care, Invest?

This is a wild shot, but if you need beta readers for the new book, I'd be interested.

Hi Terry, glad you enjoyed the meeting. I'm on hiatus from consulting until I finish my book, but I've already got a queue for when I go back to it, though I think I'm backed up to May at this point! When I'm available I'd love to do a BCI evaluation of your first ten pages:

I'd love to get a consultation. I didn't see anywhere on the page to get into your queue, so can I ask you to add me?

Email me your manuscript to MattMBird@yahoo.com. (But it's a long wait so I'll let you resubmit once I actually get to you, since you'll probably keep working on it!)

logistics management Looking for reliable train cargo services in India? Look no further than OM Logistics! We guarantee timely delivery of all non-hazardous cargo to their destination via the Indian rail network at competitive prices.
logistics company in india