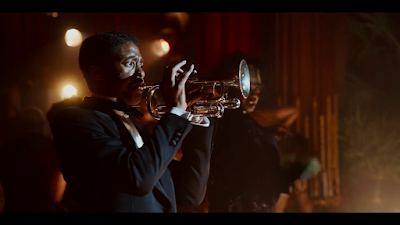 I am well aware that I have not yet done my “Best of 2020” list. I usually do it in the two weeks before the Oscars, which gives me a lot of time this year, but this week will include some previews.
Ma Rainey’s jazz band plays a 1927 tent show in rural Georgia, then some theaters in Chicago. Ma is annoyed at the showboating of trumpeter Levee. Later, Levee and the other musicians, led by a trombonist named Cutler, gather to record some records.

Why Levee might be hard to identify with: The material is stagey and obviously shot on sets. The monologues are a little too monologue-y to seem like reality.