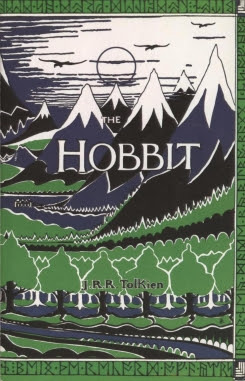 Bilbo Baggins is visited outside his hobbit hole by wandering wizard Gandalf, who is seeking an adventurer. Bilbo refuses the call, but reflexively invites Gandalf back for tea the next day while dismissing him. Gandalf shows up the next day with thirteen dwarves, who mightily abuse Bilbo’s hospitality and ultimately invite him to be their burglar as they attempt to dislodge a dragon from their historical kingdom. He refuses again, but when he finds them gone the next morning, he suddenly decides to accept after all and chases after them.
Why Bilbo might be hard to identify with: He’s an unusual fantasy adventure hero to be sure. 50 years old, respectably middle class, content in his station, and desiring no adventure.