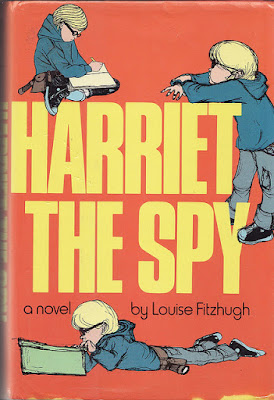 On the upper east side, 11 year old Harriet Welsh is playing “Town” with her friend Sport, imagining a crime-filled town in the roots of a tree, when she and Sport are invited by her nanny Ole Golly to go out to Far Rockaway visit to Golly’s mother, who isn’t all there.
Why Harriet might be hard to identify with: She’s a mean little rich girl with a live-in nanny and chef on the upper east side. We simultaneously identify with her mean side and feel repulsed by it. (Kids in 2020 tend not to like the book, because they’ve been raised to be nicer than us Gen X kids)