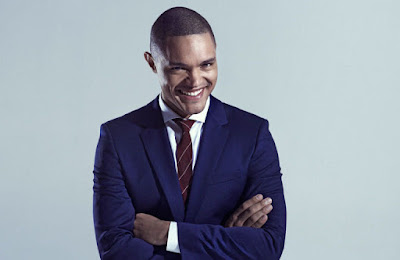 Comedian Trevor Noah tells us about his childhood in South Africa. He begins by telling us that his birth was illegal, because his father was white and his mother black. He then tells us a story about his mother taking him to a church service during civil unrest and almost being killed by a taxi driver from a rival ethnic group.
Why Noah might be hard to identify with: He portrays himself as slightly psychopathic. Remembering the time he burned down a house, he says, “I didn’t feel bad about it at all. I still don’t. The lawyer in me maintains that I am completely innocent. There were matches and there was a magnifying glass and there was a mattress and then, clearly, a series of unfortunate events. Things catch fire sometimes. That’s why there’s a fire brigade.”