Storyteller’s Rulebook: Everybody on TV Is Bad at Their Job (Except On “Law and Order”) 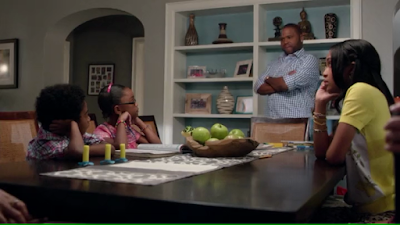 Back in the day, “Law and Order” would try to compete for Emmys, but it would never do as well as its rival, “NYPD Blue”. It was understood that “Law and Order” was the more frivolous show, because it was strictly about the cases, whereas “NYPD Blue” was a true drama, because it was equally about the case of the week and the lives of the detectives at home.

One of the reasons that seemed more artistic was subtext: If we were following both a home drama and a work drama, they could complicate and inform each other, and each one would be packed with subtext because we knew about the other. When they talked about the case we would see that they were really talking about their homelife drama, and vice versa. “Law and Order” couldn’t work on multiple levels like that.

But I preferred “Law and Order”. I always thought that “NYPD Blue” should maybe have a different name: “Shitty Cops”

Now don’t get me wrong, I love lots of shows wherein home and work dramas get intermingled. As long as the show acknowledges that this is a serious failing on the hero’s part.

Dre on “Black-ish” is played by a former “Law and Order” detective, but he acts more like an “NYPD Blue” cop.  He lets his work drama drive him to make volatile and disastrous decisions at home, and his home drama drives him him to make volatile and disastrous decisions at work. Then, as he will every week, he gets his shit together, corrects his way of thinking, and fixes both situations.
When he calls his family meeting, he begins by saying, “I may have to be ‘urban’ at work, but I’m still going to need my family to be black. Not black-ish, but black. We are going to keep it real.” The family meeting does not go well, making him more upset, and at the end he announces: “Tomorrow I have a very important presentation to make and you know what I’m going to do? I’m going to go in there, I’m going to keep it real as [unintelligible]”. The actions he takes both at home and work create train wrecks, primarily because they affect each other.

This is all well and good. This is a comedy, and Dre, unlike the cops on “NYPD Blue”, is a buffoonish figure. It’s fun and believable to watch his homelife and worklife negatively affect each other …And besides, it’s just advertising. I’m not being asked to root for him to save lives. He can screw up an ad campaign without any killers going free, so it’s all fun and games.
Posted by Matt Bird at 1:00 PM

Hey this is kinda of off topic but I was wanting to know if blogs use WYSIWYG editors or if you have to manually code with HTML. I'm starting a blog soon but have no coding know-how so I wanted to get guidance from someone with experience. Any help would be greatly appreciated!relationship therapy singapore