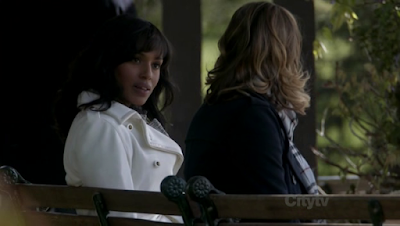 Why Olivia might be hard to identify with:
Believe
Care
Invest
Five Es
Rise above
Kind

I've never seen the show, but as for "eat," isn't Olivia Pope frequently drinking a glass of red wine? That's what I heard.

Yes, I think that was an element added after the pilot, which was a good step towards humanizing her.

top warehousing companies in india Looking to transport some cargo by train? OM LOGISTICS can deliver it fast. We provide timely transportation services at affordable rates to those in the region.
3pl logistics companies in india