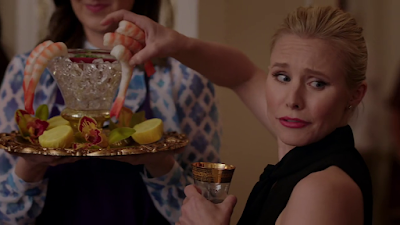 Why Eleanor might be hard to identify with:
Believe
Care
Invest
Five Es
Rise above
Kind

Great post, for me “the bad place” is one of the best Netflix series, well developed characters with clear goals (and faults).
Would be great if you could introduce the heart, gut, brain scheme in your believe-care-invest series.
I think Eleanor is a 100% gut character, Chid 100% brain, but is hard to identify a 100% heart character. If we use the wheel with antis we can identify Michal as 100% anti heart and find an equilibrium. With antis we could have Jason as 50% anti brain and 50% gut in opposition to Janet 50% brain and 50% anti gut (great for the future relationship).Finally Tahani I would classify as 50% anti gut and 50% heart (self love).

I talk about it here:
http://www.secretsofstory.com/2018/09/rulebook-casefile-head-heart-gut-in.html