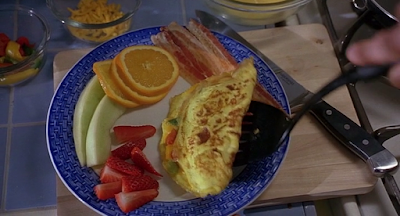 Okay guys, I’ve been meaning to do these for some time, especially after James dropped his five E’s on us in the last podcast. So I’ve subjected all my movies to a five Es test… but now James wants to drop two more E’s in the next podcast, and I don’t want to have redo all of these so I’d better start posting these first! So let’s start (alphabetically) with Judd Apatow’s The 40 Year Old Virgin!

For each of these, we’ll start with: Why the hero might be hard to care for:
Believe
Care
Invest
The Five E’s:
In the podcast, I mentioned that character often have a moment where they have to rise above their circumstances, so does he do that?
And finally, does he five a black guy?

So is this exercise worth doing?  Let me know!  I think James E’s are proving out to generate some good clues to likeability.  Let’s keep going...
Posted by Matt Bird at 6:39 PM

I haven't seen it in a while, but doesn't he fulfill "emulate" by constantly trying to imitate someone with sexual experience via his clunky, unconvincing sexual banter? Like the line you mention "No ass is worth thinking about that much, I always say" and the infamous part during the poker scene in which he compares the feel of women's breasts to "bags of sand"? In both cases he's desperately pretending that he's not what he is -- a 40-year-old virgin.

Ah, that's interesting! Okay, I'm starting to have more of a sense of what you mean by emulate...