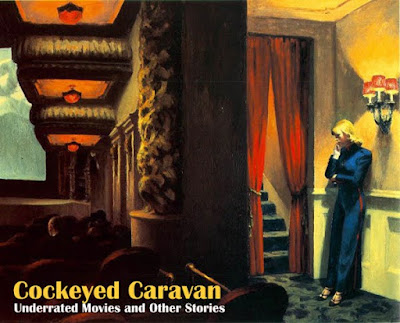 Hi guys, new material resumes in a few days, but first I should note that I failed to note a significant milestone: Monday marked the 10th Anniversary of this blog, which began as a New Year’s / New Decade’s resolution on January 1st, 2010.  That first year was mostly Underrated Movies and odd miscellany, but already by the end of the year I’d started posting writing advice and began our long, strange trip.  Thanks to those of you who might have been around since the beginning, and thanks to our more recent readers!
Posted by Matt Bird at 9:54 AM

Your blog and book have more forehead-slapping content than any other writing advice source around. So often you inspire the "D'oh! [forehead smack] Of course!" reaction by presenting findings that become obvious in retrospect. "How did I not notice that" is the sign of excellent analysis. My writing has improved quite a bit in no small part based on your work.

I thank you and hope the blog continues for many years.

Happy 10 Years! I always enjoyed the underrated movies, but so glad to see how the blog (and community) has grown and grown.

And thank you—it’s taken me a while but I’m now working on a project I can get my teeth into. I often refer back to old posts of yours and always look forward to new ones.

Have just (at long last!) ordered your book—thanks again for all your efforts and for giving away so much gold on here for free!

Thanks so much for sharing your insights. I highlighted 137 quotes from your book, which is at least 3X more than from the 15 or so similar books I've read put together.

Have you read The Idea, by Erik Bork? It's the only other book I've found that operates squarely in your wheelhouse with 'The Solving Of One Big Problem'. I definitely recommend it.

I've enjoyed the blog for many years - Thanks!
(And I purchased the book as soon as it came out.)

So glad you're all enjoying it. I don't know The Idea by Bork, I'll have to check it out.

Thank you! Your blog and book are the primary reasons I feel comfortable and confident about creating my own stories.

Happy 10th! I love reading your insights and try to apply these to my writing. No other site is as helpful as yours! Thanks Matt