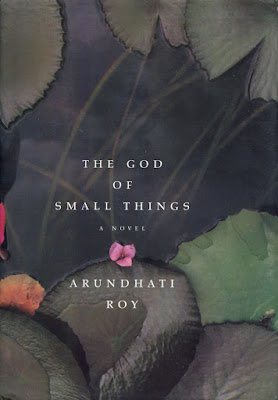 Though this novel is also assigned in high schools, it requires the most out of its readers of any of those we’re looking at. Post-colonial writers have literally had the ground ripped out from under their feet, leaving them unmoored in time and space, and modern literary masters like Roy attempt to capture that condition in prose.  Complex literary fiction challenges the reader, but in a book such as this one, those readers that rise to the challenge are richly rewarded.

Believe: It’s easy to believe in the reality of this world because every line of the book explodes with vivid, unique imagery that literally brings this world to life: The first line is, “May in Ayemenem is a hot, brooding month,” then we hear that “the countryside turns an immodest green.” Months brood, colors have feelings—everything is alive in this world.

But what really makes the novel seem so utterly real us is the way it intimately captures the crazy logic of childhood. Our own childhoods may not have been as traumatic as Rahel’s, but Roy captures with startling intimacy the way a 7 year-old thinks. To read the book to is to feel like a child again, not in an aw-shucks kind of way, but in an “Oh, right, childhood was weird” kind of way. Rahel is convinced that she would have gotten free bus rides for life if she had been born on a bus, and she’s convinced that the government pays for your funeral if you die in a zebra crossing. That’s harmless enough …but she’s also convinced that Sophie is still alive in her coffin, which is less so.

Care: It will take us a while to understand every trauma that happened in those terrible two weeks in 1969, but we do get just a sense in these first ten pages of each of the various traumas that still have both Rahel and Estha in their grip:
These traumas have fractured Rahel’s sense of self, and they’ve also fractured her perception (and therefore our perception) of these events, so we get sections like this:
From such tangles of memory we have to pick out the salient details and arrange them into a timeline, and we are increasing horrified as it all falls into place.  What is pervasive right away is the feeling of loss and trauma, and that makes us care deeply.

Invest: Like any good hero, Rahel shows up on page one on a heroic mission.  Her brother has finally come home, there’s something wrong with him, and she must come home as well to try and fix him. Most of the pages will be devoted to her fractured memories of what happened to them in those two weeks in 1969, but we will regularly check in on her modern day attempts to get through to Estha, which she will do …in a fashion.  It is only because we are invested in this modern-day mission that we are willing to do the hard work of piecing together their past.

But of course, as with most literary fiction, we are really rooting for Rahel to deal with her own pain. As she and we sort through the shattered pieces of her traumatized psyche, we feel a shared sense of accomplishment. We have to struggle to piece together a coherent story, which can make for a frustrating reading experience, but ultimately, those who do the work the novel requires will feel all the more bonded to the heroine, because she is undergoing the same struggle. She and we are working together to make sense of her life, and we feel a shared sense of accomplishment as the jigsaw pieces slowly click together. Of course, as with any old jigsaw puzzle, we’ll never find all the pieces, but we’ll have enough in the end to get a sense of the total picture.
Posted by Matt Bird at 1:21 AM