Storyteller’s Rulebook: Have Your Hero Take Two Steps Forward and One Step Back 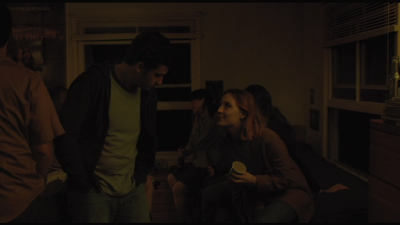 Audiences want heroes to change, especially at the end, but we also have our bullshit detectors going at all times. We know that we ourselves have failed to fix our own problems, no matter how hard we’ve tried, so we know that any change the hero makes will have to be hard-earned and limited to be believable.

In some movies, like Groundhog Day, the hero is totally transformed into a different person in the end …but only after being trapped in the same day for a very long time (In the screenwriter’s mind, it was more than 10,000 days, though the final film doesn’t seem to go that far.)

But in more realistic movies like Lady Bird, characters don’t get that much chance for transformation. Like us, they can only change so much. In return for our movie ticket, we’re going to demand some change, but we’re going to call bullshit if we get too much.

In any movie where a character refuses to be called by their real name, there’s a natural ticking clock counting down to when she “accepts herself” and acknowledges the name. (Of course, the concept of “real names” has been challenged quite a bit in the two years since this movie came out, but let’s not get into that) This movie does deliver the pay-off we expect, but it immediately undercuts that. She’s at a party at her new college in New York City and a cute guy asks her her name:


So she actually takes two steps forward, admitting to her name and her city, but then she takes one step back, abjuring the city when she gets a second chance. We believe in her hard-won self-acceptance, because we see that it’s got limits.

She’s not Bill Murray, she hasn’t totally transformed, she’s changed just enough to gratify our investment in her journey, and it’s so much more gratifying because it’s so small and believable. We’re still rooting for her to one day admit to a boy that she’s from Sacramento, but we’d rather she be real than right in this scene.
Posted by Matt Bird at 8:00 PM