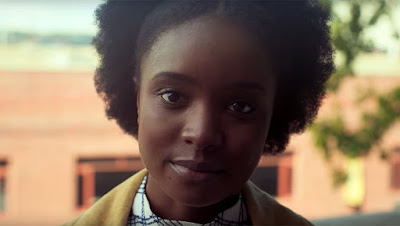 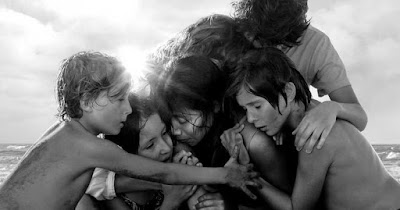 On “The Secrets of Story Podcast”, James Kennedy and I just had a debate about passive protagonists. He argued that, as a story guru, I’m too predisposed to demand active protagonists and overly dismissive of stories about passive ones, even when that works better for the story, and he’s probably right.

How important is it to have an active protagonist? An active protagonist certainly makes it easier to fully invest in and identify with a story, but does that have anything to do with great storytelling? Movies with passive protagonists simply require more of the viewer. Instead of reaching out and pulling us in, they require us to step through the screen of our own accord. Is that a bad thing?

If Beale Street Could Talk and Roma are very similar movies. Both deal with poor, minority, working women in the early 70s going through a pregnancy without a father around (though the dads are missing for very different reasons). Each is structured around the course of the pregnancy without a lot of plot beyond that. In each, the heroine is very sympathetic but also relatively passive, making very few decisions until the very end.

So according to my book, neither movie should be very compelling. And yet they are. Why?


I did not cry at either of these movies, despite their tragic endings. I was not put through the ringer or taken on an emotional rollercoaster. I felt somewhat alienated and distanced from these women, though I felt for their suffering very much. I was moved, but more on an intellectual level than an emotional level. Perhaps this is just because I am a white man unconsciously inured to the suffering of women of color. Perhaps it is because the movies did not grab me in the way they intended to. Or perhaps it’s because they had precisely their intended effect, preferring to be thoughtful rather than manipulative.

But I had no doubt that these were great movies that everyone should see, regardless of whether their heroes followed my rules.
Posted by Matt Bird at 8:00 PM

I feel like Roma was missing a key scene where the girl goes to her home village to meet her mother.

I think the theme the movie was trying to make is that civilization makes us live in an unnatural way (the dog having to poop in the driveway, the caged birds, the almost assembly-line-esque delivery scene).

And a visit to the more primitive village could have shown that nature could be just as harsh in other ways. And we as humans must choose between civilization and nature.

I think without that scene the movie never really gets around to the point it was trying to make.

That could have a great scene.