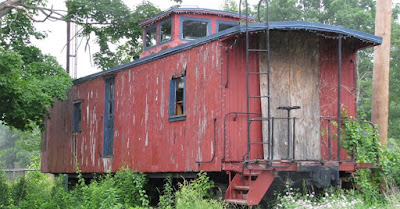 Okay guys, I’m starting to play around with the next book, and I’m considering the title, “Believe, Care, Invest: How to Get Everyone to Love Your Hero”. I think the heart of the book will be a walk though 10 novel examples, 10 movie examples, 10 TV examples, maybe 5 non-fiction examples, and 5 comics examples, a breakdown of the first page or chapter or 10 minutes of each, and how they get us to believe, care and invest. What do you think?

As proof of concept, let’s start with our most recent book. This is so masterfully written that I don’t have to go beyond the first page. We’ve even get Believe, Care and Invest pretty much in order!

Believe in: The best way to get us to believe in the reality of a character is through the use of vivid, specific, sensory details. Let’s look at the first two sentences of the book:


Right away in the first sentence, we have a person and an action, then we have a vivid image. Then in the second sentence we get a sensory description of the wind. This will not just be a book about what the heroine saw and heard, it’ll be a book about how her life felt in a tactile sense. Not a recitation of facts, but intimate feelings. Later in the first paragraph, we get:


We get not just adjectives describing nature, but active verbs: dance, sway, quiver. Nature will be personified in this book. Young Tara will be reluctant to leave this mountain, even after suffering grueling abuse and neglect there, because she loves it like a person, a person who seems to love her back. These details get us to picture the setting vividly and thus believe in the heroine describing them.

Care for: The best way to get us to care for a hero is to watch them unjustly suffer abuse, neglect, or humiliation. In Tara’s case we get lots of neglect, right here on the first page.


By which she means that she is neither schooled in town nor homeschooled --she just receives no education whatsoever.  First she shows us what’s going on through the image of the bus, then she confirms what we’ve just seen: Show, then tell. This will be true of the whole book, the only way we’re going to believe it is if she shows it all to us in vivid detail. We then find out just how extreme her situation is:


These details help us both believe and care at the same time. I had never heard of kids in the 1990s without birth certificates before, and I thought as I read, “Who could make this up?”, which is exactly the sort of response you want while writing a memoir. And of course we’re now deeply worried about a heroine who’s trapped in an extraordinary sort of prison.

Invest in: Usually, the best way to get us to invest in a character is to show that she’s independent and capable, but young Tara won’t get a chance to show much independence from her family for a long time, so the book can’t begin with that (In fact, the first chapter will show just the opposite: A time she rejected a chance for independence). But this first page gets us to invest in an ironic way. It shows she was raised to be a bad-ass:


Ironically, she allows us to admire and idealize this manly man, the very image of rugged American masculinity. She then makes it clear she is his protégé:


We care for and invest at the same time here. We see that her parents are dangerous lunatics, but don’t you wish you could have gotten some of that training? And of course, her days will in fact be abominable, and she will have to survive them. Throughout the book, every time she survives horrific injuries, our heart will go out to her, but we’ll also admire her toughness.

We believe in, care for, and invest in young Tara Westover, all on this first page. We choose her to be our hero, instead of just going along with whatever is placed in front of us. This is how to get people to read and love your book.
Posted by Matt Bird at 8:00 PM

I think you've really hit upon something with this "Believe, Care, Invest" pattern. Once you pointed it out, I see it everywhere. This would make a great follow-up book!

Try as I might, I detect no sarcasm there!

Love the "BCI" idea for sure. My guess is your publisher will make you change the title a bit because at first it sounds like a financial planning book.
But, I'll second Tony's thoughts. I'd order it today.
--Bret

Hey Matt, just wondering if you have any advice to give about writing great short stories. In my opinion the short is a completely different animal, and therefore most of the 'rules' don't apply.

It's definitely a completely different animal, and unfortunately one I don't know much about, so alas I'm not sure I'll have much to contribute.

Wonderful idea! I'd buy it. Every now and then, a movie so invests me in the characters that after the film ends it's like a relationship just ended and I have to leave the theater experiencing the heartbreak of separation. A few films come to mind: Little Miss Sunshine (starts from the moment the characters are introduced); The Namesake (I wonder where everyone is, right now?); A Few Good Men (Come on, Caffey, you've made an argument, now are you going to ask her out (Galloway), or what?)