Rulebook Casefile: News You Can Use in "Killing Floor" 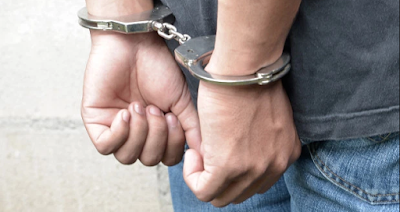 We mentioned last time that readers of Lee Child’s books admire Jack Reacher’s eyes, wishing we could see the world the way he sees it (although one commenter with more “threatening someone with a shotgun” experience than I pointed out it wasn’t the best advice), but let’s look at more examples of this.

I’ve talked before about the three kinds of jargon we like to find in a story:


First and foremost the first chapter is a manual on “how to get arrested”. The most important advice here, of course, is don’t say a word, even when asked innocuous questions, even when asked to confirm you understand your rights. We also get very workaday details, such as that it’s hard to get your thumbprint to fit into the space on the form.

But the rest of the book has a torrent of advice about all sorts of things, often ludicrously macho advice. Here’s my favorite:


I hope you’re writing this down. Absurdly, I read that and said, “Hell yeah, that’s what I’d do! It’s a perfect arch!” (Note: I am only tall enough to headbutt Bruno Mars).

Readers eat this shit up. I know I do.

And the crazy thing, as evidenced by my commenter, is that this might all be bullshit. The author is a tweedy English guy who’s never been in the police or the military or prison, never lived in America, and probably never been in a fight! But most readers (millions of them, anyway) don’t care. As with everything else in life, do it with confidence and people will believe you.

Next time: The thing I said I would get to next time last time.
Posted by Matt Bird at 12:00 PM

According to Wikipedia, Lee Child lives in New York.

Fascinating. I was getting my info from the New Yorker Radio Hour interview I linked to before, recorded this summer. There is a discrepancy.

According to his website he just released the 23rd Reacher novel.

With the same character doing basically the same thing (I presume). That takes a certain kind of skill. He certainly knows how to engage his audience.