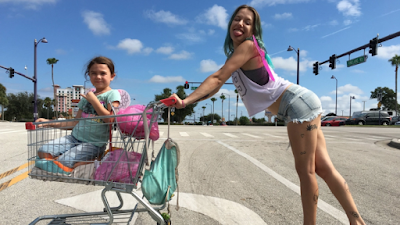 Despite the undeniable raw power of this movie, I was somewhat reluctant to have it on the list, because, as I’ve talked about in past years, the main thing I look for these days at the movies is humanity. Do these characters seem fully human to me? Have the writers found universal humanity in the hearts of their characters? For many of the most acclaimed films these days, the answer is no.

And at first this seemed like another example. In this bleak look at the lives of a six year old girl and her prostitute mother living in an Orlando hotel room, I feared that the writers were looking at these characters too much from the outside: Look at these wretched lives, and despair!

My fear as I watched was that neither the creators nor the audience were fully inhabiting the movie, frozen out by our ice-hard hero.

But then she finally melts. Just as the movie has rolled the rock uphill for as long as possible, CPS shows up to (finally) take Moonee away from her terrible mom, and at first Moonee barely reacts, then she runs away to a neighboring hotel, finds her one friend, and bursts into some very-well-earned tears. Suddenly, after 100 frozen-out minutes, we’re allowed in, assured that yes, she’s human, heartbreakingly so, and it’s all worth it. 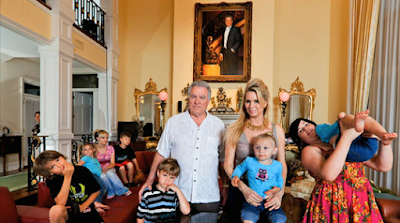 On another note, was I the only once who kept thinking of the documentary Queen of Versailles while watching this? Although one is fiction and the other non-fiction, they make a good pair, both about unloved kids being raised by crooks in the shadow of Disneyworld, with the only difference being that one family is filthy rich and the other is filthy poor.
Posted by Matt Bird at 8:00 PM

Labels: Best of 2017, Best of the Year, How to Manage Expectations, Tone