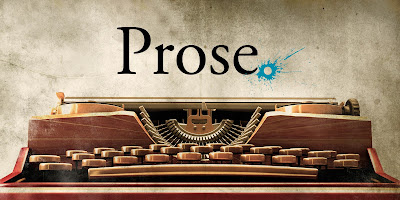 Novelists become more and more like screenwriters every year, and I’m not sure exactly why that is. I guess that it’s because everybody is also a screenwriter on the side because they think that that’s where the money is. (It’s not.) Or they think that if their book reads more like a screenplay it’ll be more likely to get adapted.

The biggest shift is the mass movement over to present-tense prose, which I’m not a big fan of. Past tense feels warmer to me: Let me intimately tell you about something that happened to me. Present tense feels like: Let me shout out everything that’s happening to me as it happens.  But present-tense can also work just fine, and it’s obviously here to stay.

My bigger problem with the screenplay-ization of novels is an odd development: Prose writers are starting to ignore the power they have. The biggest problem that screenwriters and (even moreso) playwrights have is that they have to force people to talk about what’s going on in the dialogue, because there’s no other way to convey invisible information to the reader.

God damnit, I've brought this up before, "moreso" is not a fucking word, Bird. You're writing like a motherfucking illiterate. "MORE SO." Two words. I've corrected you on this before. How many times do you need me to correct you? MORE. SO. "Moreso"? How do you even pronounce that, like mor-ay-so? It's garbage. You're garbage. The whole world is garbage. Why do you think that's a word? It's not a word. Didn't your editor at Writer's Digest beat that out of you? If not, why not? "Moreso." Jesus Christ. How do you even have any dignity? How do you wake up in the morning without puking out your own self-worth, how do you get through the day? "Moreso." I can't even type it, my fingers are turning leprous and falling off just by the very act of not putting a space between those two words that are definitely two separate words, they are not one word, you should crawl on your hands and knees all the way from Evanston to my house and beg for forgiveness and you know what, Bird? I might not give it to you! Because what would it fucking matter?!! I TOLD YOU THAT MORESO IS NOT A WORD, and you ignored me, so why should I even spend another minute of my life trying to clean up your revolting messes? What's next? What other dumbass neologisms do you want to spring on me? "Atleast"? "Evenstill"? "Ontheotherhand"? Holy shit, I can barely type, I am turning into a shimmering bolt of white-hot rage. It's nearly one in the morning and I'm not going to sleep all night because of your fucking incompetence. "Moreso." Just look at yourself. Take a long fucking look in the mirror, Bird, and tell me you don't see America's Turd. I can't even. This is ridiculous. I need to take a long walk. I need to take a shower. "Moreso." What the fuck is wrong with you? Didn't you have any friends in your life who could set you straight on this super basic shit? "Moreso." Somebody who could yank you back before you embarrassed yourself? "Moreso." God fucking damnit. You piece of shit, Matt! "MORESO." I can't even take it. I'm going to go in the basement and beat my head against the concrete floor. "Moreso." Is that what we are, Matt? People who say fucking "moreso"? Is that what we've come to? Is that what you want for this garbage world? "Moreso." God fucking damnit, not a single one of us in this world deserves to live. "Moreso." By the blood of Jesus. By the holy blood of our sweet Jesus. We are all in the toilet and Jesus is going to flush us down and you know what? I agree with Jesus! He should flush us down! When He does, I'll be right there cheering him on! Why not? Why fucking not?! "Moreso." Get some fucking self respect, you piece of shit. Every time I type that word, autocorrect puts a little red line under it. I KNOW IT DID FOR YOU TOO. I'm looking at all these little red lines right now. You know why? BECAUSE IT'S NOT A FUCKING WORD, MATT. You should be ashamed. You family should be ashamed of you. Betsy should be ashamed of you. Your children should disown you. I'll meet you under the bridge, Matt, where we'll both live the rest of our lives in regret. But at least it'll be an honest life. At least we won't be writing "moreso" as one word. What were you even thinking, were you thinking? Do you even know how to think? Are you even human, Matt, or are you some kind of festering mindless virus? Motherfucking "moreso." I thought I'd never see the day. "Moreso." What the fuck. Fuck you, Matt. FUCK YOU.

Huh. I thought it was a word. I won't change it though, because you didn't ask nicely.

The linguistic drift must flow...

Fun fact, I just went back and counted: I've used the word "moreso" in 19 different posts in 7.5 years. I think I'm going to single-handedly turn this into a word.

Did you pay attention then, either? Nope! You just looooove to wallow in your error! Like a pig in shit, Bird! Just rolling and lolling in garbage! Because you love it! You love to be wrong! You can't get enough of it!

OED, "more" - definition C, subhead f.:
"With ellipsis of the word or sentence modified. Now frequently with anaphoric so (see so adv. and conj. 4a) in more so (also, chiefly U.S., moreso). (all) the more: the rather, the more so (as, because, etc.)"

Also, according to Google ngrams, this usage began its ascent in 1940, long before any of us were born. Sorry, James, I think you're losing the battle on that one.

@Mark A dictionary may and should observe vagaries in language but no editor worth their salt would let "moreso" stand in any book, magazine article, or academic writing. Matt should be deeply, deeply ashamed. I know that he already is ashamed but he can't admit it because he has too much pride. But I think he should simply come to terms with the monster that he's become because that's the only way he's ever going to improve.

I'm gonna name one of my characters Moreso.