Storyteller’s Rulebook: Just Tell Us Their Age and Race Already 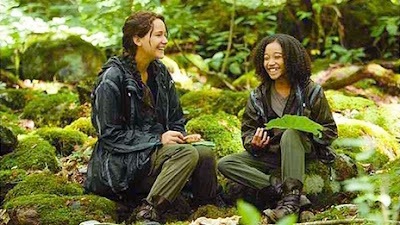 I read a lot of Middle Grade novels, which are basically books about 8-13 year olds, and lots of YA, which is 14-18. (Of course, the age of the protagonist doesn’t necessarily match the age of the reader, which is always displaced by a few years.)

I also read books that could be one or the other because they never bother to specify the age of the hero. Of course, there are clues: Are they in middle school or high school? If that’s not clear, do they have a cell phone or not? Are they driving or not? I also read books that are clearly MG but it isn’t clear for the first hundred pages whether the hero is 8 or 13.

Don’t do this. Don’t make me search for clues. When I pick up your book, one of the first things I need to do is picture your hero. And no, that doesn’t mean I need to hear about their one lock of hair that won’t stay tucked behind their ear, that means I need to know their age, and their race.

Writers are even more coy about race. There’s starting to be a shift on this, but for a long time writers considered it politically incorrect to come out and tell us the race of their characters so they would only use food comparisons. “My skin is cashew-colored, my best friend is almond, and her sister is peanut.” Ugh. No more food, please

One book was set in a fictional metropolis in a fictional country in a post-Apocalyptic world, but a character was still referred to as African-American just to avoid saying black, although this was the only reference to America in the whole book.

When the Hunger Games movie came out, some racist moviegoers were pissed that Rue was black, but then others pointed out that she was black in the book, too, but Collins had skirted using the word.

Yes, the terms “white” and “black” are problematic, but they’re the terms we use in our own minds, so just use them already. And let us know right away, so we can picture who we’re reading about.  It’s hard to identify with a hero we can’t picture.
Posted by Matt Bird at 12:00 PM

Disappointed to learn that racial ambiguity bothers you. Maybe its because you're a screenwriter vs a novelist, that makes you feel the need to know. But even in a screenplay, I think unless a character's race is essential to the story, it should be left up to the director.

I'm conflicted, but I must disagree with Anonymous, and agree with Matt.

As Matt hints at, as upper-middle-class white kids of the 80s/90s, he and I had been taught a kind of aspirational post-racial ideal that "race shouldn't matter."

As a well-meaning writer who wants to uphold the the ideal of "race shouldn't matter," artful ambiguity seemed like a good way to be inclusive of everybody. After all, if we leave the illustrations out of, say, "James and the Giant Peach," the hero James can easily be imagined as any race. My first impulse is to say that, especially in the cases of whimsical stories that occur on the level of fable or a wacky yarn, the writing would clunk a bit if it started with "Bobby was a white boy . . . "

But then again, if we're speaking of Dahl, it recently came out that Charlie of "Charlie and the Chocolate Factory" was originally imagined as black. According to Dahl's biographer, Dahl's agent requested that detail be changed, because "People would ask why (Charlie was black)." The implication: if you're white, you don't require an explanation, you're "normal." But if you're black, that's weird, that demands an explanation. You can see how such thinking is treacherous.

The point I'm trying to come to is that if the author doesn't specify a race, many readers "default" to white. So the ambiguity Anonymous advocates doesn't really exist.

Indeed, as Matt points out, in the case of Rue in "The Hunger Games," readers will even *change* a character to be white even if the author explicitly states that they're black!

Harry Potter isn't perfect in its handling of race, but if the races of Lee Jordan and Kingsley Shacklebolt were left "ambiguous," folks would just default to, "Oh, they're white." Wisely, Rowling just comes out and says that they're black. There are subtle ways of specifying race without perhaps being as blunt as Matt recommends, and yet not as dumb as comparing skin to coffee and other foods, which Matt rightly ridicules.

Writers can't ignore the shameful history of erasure and/or misrepresentation of non-white people in books, especially children's literature as Matt highlights here. Anyway, in writing, specificity is by and large a good thing. As writers, we're always being exhorted to be specific. To make definite choices. Why should we suddenly become coy about something as consequential as the color of one's skin?

P.S. Anonymous, you wrote "But even in a screenplay, I think unless a character's race is essential to the story, it should be left up to the director." John August of the Scriptnotes podcast disagrees, and explains, "it’s foolish to assume that leaving a character “race-less” lets the screenwriter off the hook. Readers, including directors, studio executives, and casting directors, will assume that European names belong with white people, and that surgeons are white men in the early 50’s, unless you tell them otherwise." You can read John August's complete explanation about that at his blog post "Race and the Screenwriter" here: https://johnaugust.com/2006/race-and-the-screenwriter

This quote from James will help illustrate the point I was trying to make. "The point I'm trying to come to is that if the author doesn't specify a race, many readers "default" to white. So the ambiguity Anonymous advocates doesn't really exist."

Many, but not all readers "default" to white. In those readers that don't, the ambiguity is alive and well.

If I write a character that is a surgeon, and race is inconsequential to the story, then I don't care what race the director may choose to fill the role. It really does not matter. And that attitude doesn't stem from a desire to be "let off the hook" but rather, in this particular character, race joins eye color, left-handedness, eleven toes, sexual orientation, and an endless list of unessential yet identifying traits that could be, but are not in the script. If I don't specify that the surgeon has a hare-lip, does that exclude Juaquin Phoenix from the role? Come on.

If every writer dolled out race on a need-to-know basis, I think that would be a good thing. I don't need to explain why.

Maybe this isn't the case for your subjective experience, and if so hats off to you, but by and large it's been borne out that our culture codes white as "normal" and other races as special cases in need of explanation. This is a real thing.

If you haven't yet, I really recommend reading that John August post I mentioned above. Here it is. I think that he threads the needle of our disagreement really well here when he says,

"Unless it’s important for understanding a story point, I rarely specify a race for a character. But that’s not to say I won’t give some strong hints. I will often make the lieutenant GONZALEZ rather than GOODMAN. The internist is more likely to end up DR. CHO than DR. CHASE. The schoolteacher will be PATEL rather than PETERS.

Is it liberal guilt? No. It’s readability.

Screenplays are read quickly. Unlike a novel, you don’t linger for a few paragraphs getting to know minor characters, setting up their memorable quirks. Rather, you meet them on page 20, then see them again on page 64. As a screenwriter, you want the reader to instantly recall that they’ve encountered a certain character before.

A reader is much more likely to remember an international banker named Abebayehu Tegene than Abe Thompson."

I think racial ambiguity can work, but there's a big move against it right now. Kirkus Reviews now feels it necessary to identify the race of every character in every kids' book, which means they say "white" a lot, which infuriates some authors who actually intended the race to be ambiguous.

But I was thinking more of books where race is actually important, and the character does have a specific race, but we don't find out that race until page 140. If race doesn't matter, and you want to be ambiguous throughout, that's fine, but Kirkus won't be happy with you.

A couple of points here:

1) Kirkus's new policy of stating race, which Matt alludes to above, was primarily in response to the "We Need Diverse Books" campaign, which helped Kirkus to realize that they (and most review journals) had previously been primarily identifying character race *only* when the character was non-white - precisely the kind of default thinking that Matt and James are talking about. Personally, as a book selector for a library, I find their change incredibly refreshing and even helpful. And to authors who are upset, I say, follow Matt's advice and pick a race (or, make clear in some other way that you do not intend to give your character a race - how? you ask - I dunno, I'm not a fiction writer. Surely a good writer could come up with a way of writing this).

2) As the above probably makes clear, I'm with Matt and James on this issue as a whole. As far as screenplays are concerned, perhaps Anonymous doesn't know this, but directors, producers, and casting directors tend not to be terribly respectful of screenwriters, so that even if the screenwriter specifies that a doctor character is an early-thirties black woman, they may end up casting a 50s white man anyway, unless the screenwriter has come up with a way of making those traits inextricable from the character. So I say, force those directors/producers/casting directors to at least have to think twice about it rather than just sticking with their defaults.

3) Anonymous says: "If every writer dolled out race on a need-to-know basis, I think that would be a good thing. I don't need to explain why" - I suppose you don't have to explain why since you're just stating your opinion. But if you want to engage in a discussion, I think you very much *do* have to explain why. Certainly, it might depend on the setting, genre, etc., but in many cases, especially many stories taking place in America, it can be perverse not to mention such an important characteristic that *might* define aspects of the character's background, relationships, personality, etc. Perhaps I might agree with the "need-to-know" concept if I thought that writers and readers were equally likely to assign any random race to ambiguous characters, but I don't believe that's the case. And, in fact, perhaps the best reason for Matt's advice would be to force the writer him/herself to think about race and not just "default" to white.