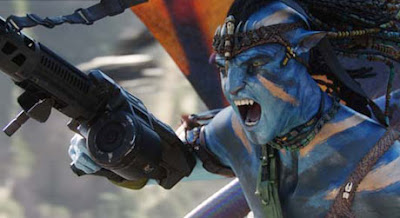 Thanks so much for your helpful suggestions on Day 1! For whatever reason, I have a hard time coming up with book examples that are well-known and on-point , but you guys are nailing it. Can you help me out on these three subcategories?

Does the hero have a false or short-sighted goal in the first half?

Wrong Solution to Right Solution: In 2006, the Lupus Foundation gave the TV show House an award for all it had done to spread awareness for the disease. But it was strange because, at the time, Dr. House had never correctly identified a case of Lupus. Instead, on several occasions, House’s team falsely identifies the patient’s mysterious ailment as Lupus before they realize the patient has a far-more exotic disease. Lupus is a little-understood, catch-all diagnosis that can explain all sorts of symptoms that don’t normally fit together, so for House’s team, it’s a tempting but false way to think of the puzzle in front of them. Nevertheless, it gives them tests to run, and these tests unexpectedly lead them to the real diagnosis they hadn’t suspected before.

Micro-Goal to Macro-Goal: This is a simpler form of false goal. In Star Wars, Luke goes from wanting to fix his runaway droid to wanting to blow up the Death Star. John McClane in Die Hard spends the first half of the movie just trying to call the cops before he realizes he’ll have to take on a terrorist cell single-handedly. These false goals make character motivations far more believable. If the heroes just woke up one day and decided to do a hugely daunting task, it would be hard to swallow. It’s far more compelling to watch them get sucked into greatness against their better judgment.

Total Reversal of Values: Juno goes off searching for a “cool” parent to entrust her kid to, then realizes in the end that she wants just the opposite. Dave in Breaking Away starts off trying to defeat the college kids, then realizes he really wants to join them. Peter Parker in Spider-Man wants to use his powers to make his own life better until his callousness gets his uncle killed. Jake Sully in Avatar goes from wanting to rejoin the marines to killing them en masse.

So what do you say? Any book suggestion for these three?
Posted by Matt Bird at 8:00 PM

You could make an argument for Lord of the Rings again. The initial goal is to evade the Ring Wraiths and get the Ring out of the Shire. Only later is it decided to destroy the Ring once and for all.

A Wizard of Earthsea. Ged is initially determined to fight and destroy the shadow being he unleashes, but comes to realise it is a shadow of himself, and cannot be overcome through contest.

Lord of the Rings again. Frodo volunteers to take the Ring into Mordor.

A Wizard of Earthsea. Ged begins determined to become powerful, engages in rivalries and reaches beyond his grasp, learns humility and then seeks to undo what he has done, before discarding traditional notions of power to defeat his ultimate enemy.

LotR. Frodo starts off wanting to save the Shire, and ends up leaving Middle Earth forever.

AWoE. Ged sets out a jealous and competitive person, and ends self-sacrificing and wise.

Just finished reading the Red Rising Trilogy by Pierce Brown... The main character begins the first book with the goal of revenge... but this changes over the course of the story into the goal of restructuring society. Coincidentally, this conflict between the two goals also touches on what you named "The Great Paradox"; how can you fight/punish violence with violence? (mild spoiler follows) A major question posed is whether or not the main character can use the revolution to CREATE something instead of just DESTROY.

Coraline - reversal of values. Coraline goes from resenting her busy parents and adoring the mirror-world version that just wants to play games with her, to battling the Other Mother for her parents and her soul, in the process learning to appreciate their foibles.

Most fantasy series present a micro goal to macro goal - find/get rid of the magic macguffin at first, then save the works from the forces of darkness.

Using the books I cited in the previous post and my creaky memory:

The Godfather: Michael goes from the micro-goal of protecting/avenging his father to the macro-goal of taking over the whole family, as he is the only one capable of doing so.

Huckleberry Finn: Huck starts off wanting simply to be free from civilization, the wrong solution to his discontent. He comes to realize that he’s a part of the world and changes his goal to helping Jim free himself and make the world better, the right solution.

To Kill a Mockingbird: Not sure on this one.

1984: Winston Smith’s original goal is simply wanting to bed Julia. The subsequent experiencing of honest human emotion expands his goal to that of resisting Big Brother.

The Great Gatsby: Nick Carraway starts off almost as careless as the Buchanans and has a fling with Jordan. His values reverse and he comes to see how poisonous they were and how Jay Gatsby, despite being a criminal and a liar, is “worth the whole damn bunch of them put together,” and changes his goal to do right by Gatsby.

Crime and Punishment: Raskolnikov starts off wanting to prove himself the Superior Man, then totally reverses course and seeks redemption through penitence and religion.

Jumping off of the Crime and Punishment example - I think the Russians are probably a great place to go here. I don't remember them all in detail, but Anna Karenina is for sure full of false goals for all of the characters. Maybe the best example is Levin - who moves through a whole series of philosophies and goals before becoming a stand-in for Tolstoy's preferred theories. And of course, Anna herself moves from just trying to toy with Vronsky, to trying to make a life with Vronsky, to trying to redeem herself of her adultery (with many steps in between).

I'm sure that Brothers Karamazov is just as rich in these false goals, but it's been too long since I read it.

Catch-22 might be a bit tricky because of the structuring of the novel, but surely Yossarian's goal essentially moves from trying to survive (through his various attempts to prove his insanity) to escaping the war completely.

I bet Betsy could give you a million examples of children's books that go micro to macro. Harry Potter for sure. Holes (make it through camp, prove innocence?, to solving the big mystery). The Book of Three (and the whole Pyrdain series) moves through Taran's false goals. Micro to macro is "find Henwin" to "save the kingdom" reversal of values goes through the whole series--"be a famous prince" to "accept self".

I feel myself falling down a rabbit hole here, so I'll stop for now.

If you poured a cauldron of molten "False Goal/True Goal" into the mold of a Victorian novel, the result would be Great Expectations.