Humans of New York Week: The Power of Specific Syntax (With Kids, For Example)

Kids are some of the hardest characters to write because their syntax is so specific and inimitable. As with any type of syntax, every sentence the kid utters isn’t going to exemplify the syntax, so you can get away with writing lines that aren’t what “only a kid would say”, but if you can find specific syntax, it’s much better.

Let’s start with one of the few times that Brandon Stanton at Humans of New York didn’t elicit a particularly interesting response from a kid: 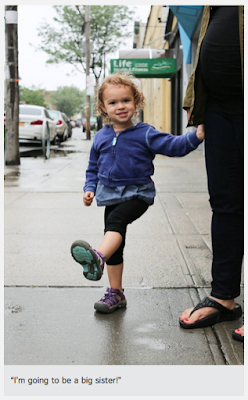 That’s fine, and she’s adorable, but it lacks the instant appeal of his other kid-profiles because she’s saying the same thing we would say in the same language. On the other hand, look at these two: 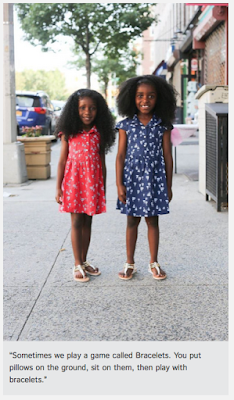 If you see this dialogue in a screenplay, you’re going to instantly believe in the reality of these children, who speak in that oddly-specific way (no kiddie-grammar required.) 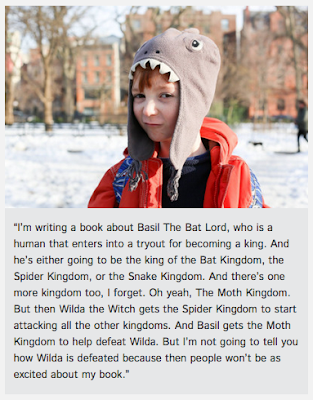 This kid also has great kid syntax. It also shows Stanton’s talent for capturing unique syntax in his punctuation (a great skill for any writer). Stanton has each “And” starts its own sentence rather than stringing them together with commas, which creates the proper voice in our head as we read it.

Next: More likability
Posted by Matt Bird at 8:00 PM