I’ve been quite dismissive of dependence on backstories, but they can be great if they’re quick, illuminating, and full of specific humanity. Let’s look at three real-life backstories from the Humans of New York site. I love this guy: 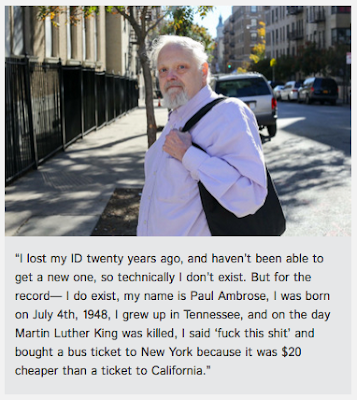 Really, for writing purposes, you wouldn’t need the bit about the ID, just the second half is a perfect one-line backstory to let us know that this character is volatile, compassionate, and tough-minded. Of course he’s not as tough as this tragic case: 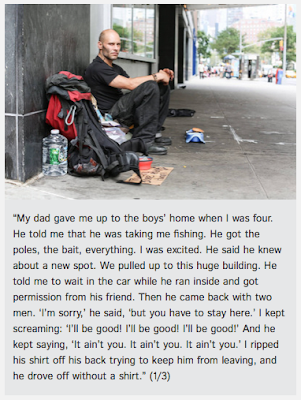 Crying yet? What’s so powerful about this one is that it’s so hard to characterize hard guys: You want to humanize them, but you don’t want to go the obvious route and give them a puppy. Ideally, you’re going to give them a moment of vulnerable humanity that also explains their hardness. This intro makes our heart weep for him, but leaves us even more scared of him than we would be just from looking at him. (If you really want to weep, go to the site and read the next two parts of his horrifying story.)

Here’s a longer and sillier backstory, but it’s also great because it shows how a fairly-typical backstory can come to life through use of great specific details. The short version is “we met at a party”, but by the time we have all the details, we’re charmed: 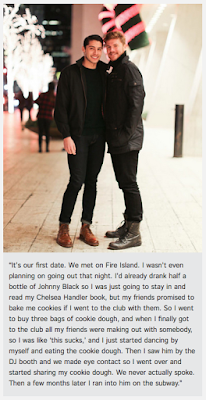 Let’s pick up there next time with more about the power of specifics.
Posted by Matt Bird at 1:14 PM