Straying from the Party Line: The Failure to Bring Different Classes Together on Modern Family 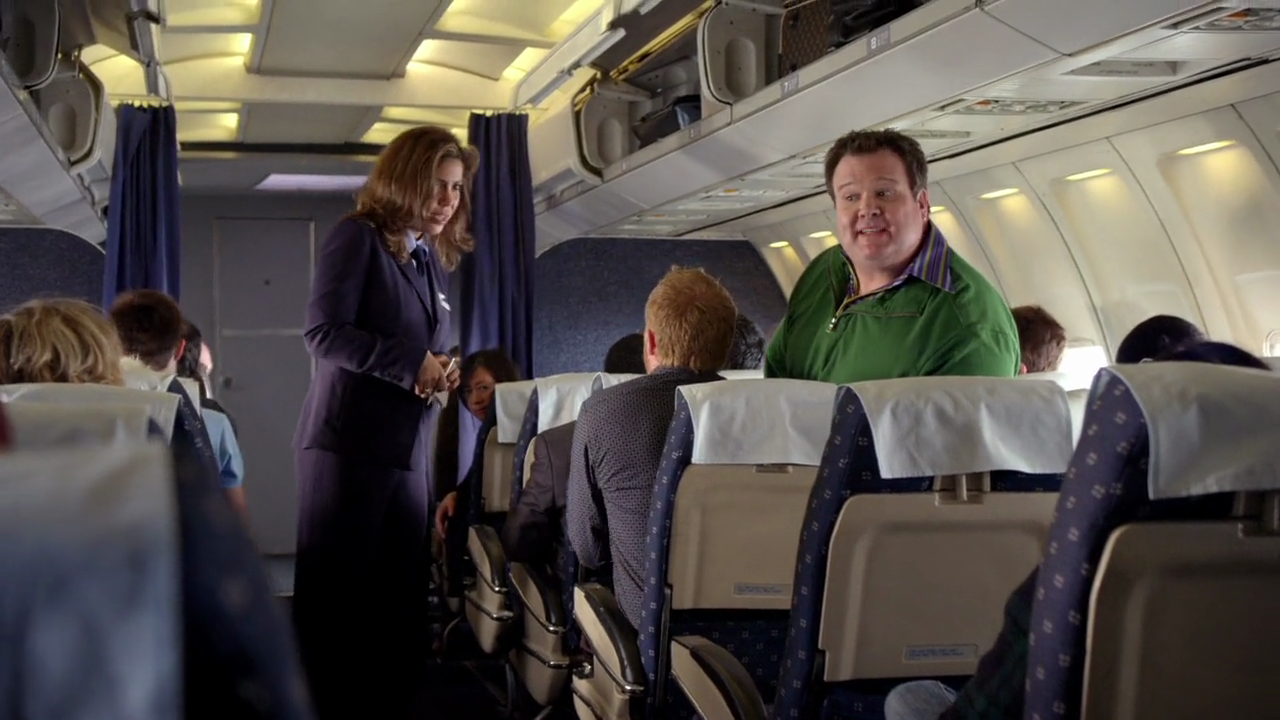 It’s one of those hidden laws of TV that you don’t notice until it’s broken: Shows must bring different economic classes together on a regular basis. Why? Most obviously because that creates conflict, but also because we’re hardwired to not care about groups that are entirely poor or entirely rich.

On the one hand, you have a show like Showtime’s American remake of “Shameless”, which is by all accounts an excellent show, but it takes up precisely 0% of the cultural conversation, because most people, including myself, just can’t imagine spending that much time with people that miserable. We get pissed at them. We know better, but we can’t help asking “Why can’t you people get it together, dammit??”

On the other end of the spectrum, you have “Modern Family”.

In its early days, the radio show “This American Life” would get in trouble for being too hipster-focused, and the biggest reason for that was the name: Okay, fine, David Sedaris and Mike Birbiglia are funny, but aren’t you ignoring large swaths of “American Life”?

Likewise, this show’s failures are magnified by its name. Yes, it portrays a variety of family configurations, but do any of them face the real problems plaguing most modern families? All three, after all, are wealthy by modern standards: Each has a large L.A. house and a stay-at-home parent, and they all jet off on vacations together at the drop of a hat.

Even worse: that wealth is totally invisible on the show. Nobody seems to be aware of how lucky or atypical they are. It’s all just shown as perfectly normal. Yes, Gloria and Manny used to be poor, but you wouldn’t know it if they didn’t tell you: they’ve totally absorbed the habits and expectations of the wealthy without any consciousness of the transition.

There are many additional rules that get broken here:
Ultimately, this became a fatal flaw, and led me to stop watching the show. It’s simply too hard to empathize with people who have so much money and don’t even know how lucky they are. Obviously, family shows are less likely than others to combine economic classes, but if Phil’s family was hit harder by the real estate crash or Gloria and Manny had a harder time adjusting, that would have gone a long way.
Posted by Matt Bird at 10:23 PM

"Frothy" comedies like "Modern Family" can be delightful, but they don't stick. "Modern Family" feels like it's descended from P.G. Wodehouse, who wrote wonderful, hilarious books about the silly rich and their imaginary problems. Wodehouse's works are comedies that adamantly refuse to descend deeper than one's skin. Thus each work is pleasant, funny, and relaxing, though forgettable. I've read at least a half-dozen Wodehouse novels and many more short stories, and I couldn't tell you what event happens in which book.

The willful disregard for reality allows you to play around, keep the mood consistently light, and have fun. Wodehouse described his style with some justice as "musical comedy without the music."

It's a valid artistic choice, and people enjoy it, but it has limitations that you should recognize if you choose to work in it. Even at its best, this tradition doesn't create enduring, resonant individual works. Instead it creates a pleasant, featherweight world of petty delights, a vacation from concerns.

My hunch is that this style can work, but it requires a delicate touch and can collapse more easily than other comic traditions due to its lightness.

I agree, and Wodehouse is a good comparison. (I've had the same experience with those stories.)