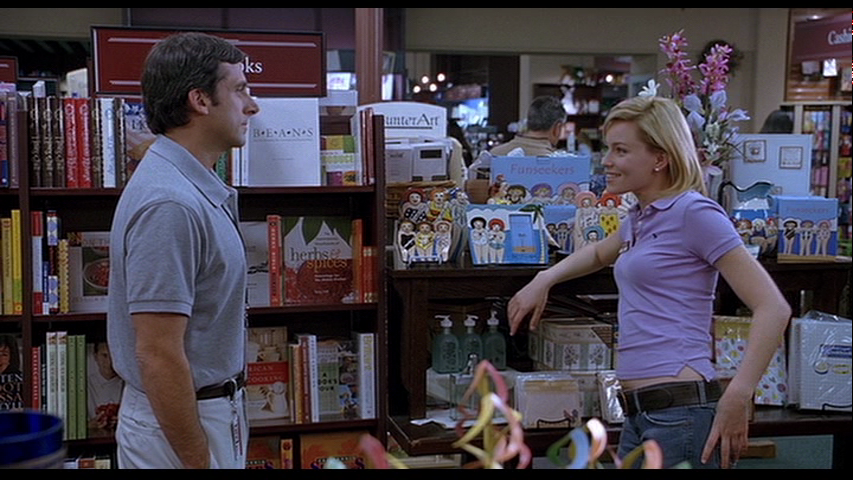 Like Dorothy Gale, Carrie, Dr. House and Hannah Horvath, Andy in The 40 Year Old Virgin is a three-dimensional character with one-dimensional advisors who roughly correspond to Gut, Heart, and Head. In this case:
This movie’s unique premise sends Andy on a coming-of-age journey at 40 years old, belatedly going from a proto-person to a fully-realized adult, so we get to see him build his adult persona from the ground up, first trying Jay’s method (picking up Leslie Mann), then David’s (Attempting and failing to call Trish), then Cal’s (hitting on the bookstore girl).

It’s only after he’s tried each version on its own and found each one wanting that he realizes that he has to integrate them into one method, and thereby integrate himself into a whole three-dimensional person, surpassing each of his former mentors.

In the commentary, Apatow cheerily points out that, though he and Carrel are the only credited writers, almost every scene in the finished movie was not in the original script, and instead came from jokes pitched by various actors in the movie, and even by some who aren’t in the movie. For instance, he keeps crediting gags to, of all people, Garry Shandling, One of Shandling’s suggestion was, “Once the virgin has sex, it has to be better than all the other guys’ sex”: This led to the wonderful finale in which Andy can only describe his deflowering by leading a jubilant performance of “Age of Aquarius”. 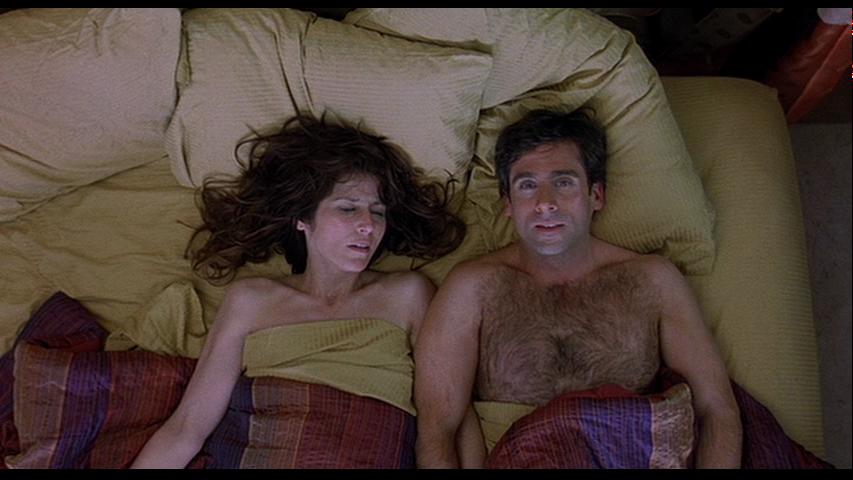 Shandling’s point, it seems to me, is that Andy has combined his friends’ incomplete parts into one whole, and achieved a level of fully-human experience that is denied to them.
Posted by Matt Bird at 8:00 PM