Storyteller's Rulebook: Combine An Old Generic With A New Specific 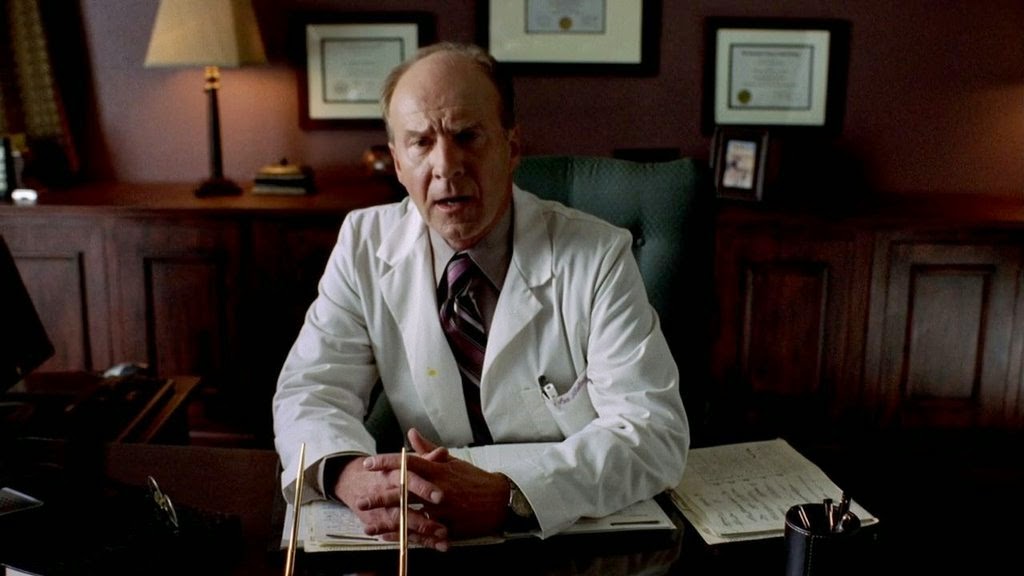 One last little neat thing about the “Breaking Bad” pilot. Sometimes things become clichéd for a good reason. Maybe there’s an over-used metaphor that feels tired, but still rings true because life really does feel like that.

This pilot does a good job revivifying an old cliché. While Walt is being told his cancer diagnosis, all he hears is a wooshing sound. We’ve all seen this onscreen before, but it’s worth repeating, because we’ve also all experienced it: hearing bad news in slow motion, and being unable to process it at the time…even if it’s just a lesser form of bad news such as getting dumped.

But this pilot makes the old seem new again by adding a bizarre new very-specific detail. Walt isn’t just fuzzing out, he’s focusing in on a yellow dot on the doctor’s white coat: presumably a drop of mustard from his lunch. Walt finally acknowledges the diagnosis dismissively, then redirects the conversation to a more pressing issue: the stain.

This is great in so many ways: The yellow dot is such a unique image, and it symbolizes both the cancer itself (an unwanted blob) and the general failure of doctors (who wear these white coats to prove how spotless they are, in every sense.) The addition of the bizarrely specific detail nicely revivifies an overused idea.

And hey, just for fun, let me tell you my own diagnosis story, which was so different from the version you always see onscreen: I’d had the permanently-swollen lymph-node in my neck tested before, and it had come up benign, so my doctors had told me to forget about it, but I went on WebMD and convinced myself it was advanced Lymphoma, probably of the Non-Hodgkins variety (55% fatal if caught late) but there was a small chance it was Hodgkins (only 25% fatal if caught late).

So I went to an expert on these needle-draws and told him my suspicions. He pulled out some fluid and cheerfully said he could help me out by running the test right away. I sat there in in the cold waiting room as I heard his steps recede down the hall, and then I soon heard the steps come back. He stuck his head in the door and said, “Congratulations, it’s Hodgkins!” then closed the door again and went on his way. Soon the nurse came and told me they needed the room for the next patient. End of diagnosis!

So it just goes to show that there’s always a version you haven’t seen on screen before!
Posted by Matt Bird at 8:00 PM