How to Generate an Idea, Addendum: Ask “What If It’s All True?” 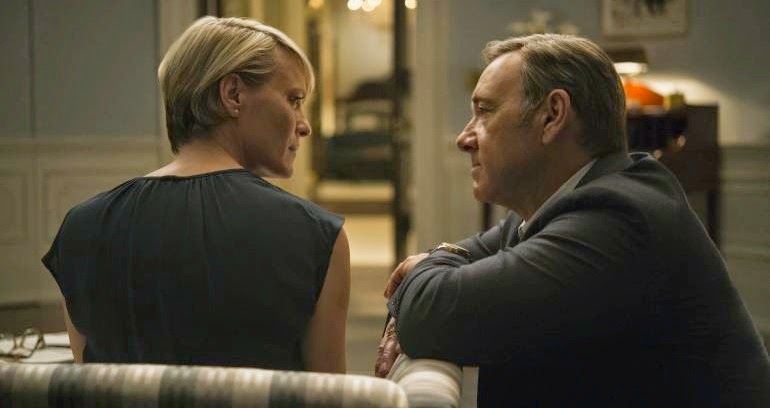 We’ve already covered the topic of tapping into the public imagination. In the original post, I mentioned movies like The Parallax View, Winter Kills and The Package that take some of the most wild-eyed theories about the Kennedy assassination and bring them to life in a lightly-fictionalized way, but now I’d like to dig further into that and create a corollary rule.

Politically, those movies seem to be on somewhat safe ground, because America’s debates about the Kennedy assassination have never been particularly partisan. Many staunchly defend the official lone-gunman story, and many others passionately believe in various conspiracy theories, but no matter how righteous people get, they don’t really get morally offended by the other side.

But here’s the funny thing: Even when you look at some more inflammatory versions of “What if it’s all true?”, you notice that it doesn’t actually matter, because audiences tend not to take offense no matter what.

It’s funny how much people talk about the show without mentioning the Clinton element, despite the many obvious connections, both in front of and behind the camera: After all, Beau Willimon, the creator of the American version, worked on the 2000 Hilary Senate campaign, and star Kevin Spacey is an occasional F.O.B. (they infamously flew to Africa together on the jet of billionaire pedophile Jeffrey Epstein). And yet almost everybody politely declines to note the parallels.

Why is this? I’m not sure. Obviously, the fact that the names and major details were changed makes a big difference. When CBS made a docudrama claiming that Clinton was somehow responsible for 9/11 (“The Path to 9/11”), there was enough outrage to pre-empt it off the air. But a fictionalized version of other allegations, even one that faithfully recreates a lot of very-specific allegations, is seen as harmless.

Actually, because most of my friends are either Democrats or leftists, I don’t actually know how Republicans feel about the show. I assume they like it, but do they? It would be fascinating if they didn’t.

It’s interesting to compare the show to the remake of “Battlestar Galactica”. I wrote here about how that show’s premise seemed to be, “What if everything the far right claimed about Muslims was actually true? What if they really were a unified death-crazed theocratic hive-mind infiltrating all of our institutions in order to eradicate us?” In that case, this was clearly a show aimed at those who didn’t believe that, because it was implicitly asking “Even if that were true, what it be worth abandoning our values in order to defeat them?” And the implied answer was: “No.”

But “House of Cards” isn’t doing anything like that. It’s not, for instance, exaggerating Frank’s horribleness to make the point that he’s still better than the opposition (at least not in the first two seasons.  I haven’t started season 3 yet, so no spoilers!) Spacey, on “The Colbert Report” (the only place I’ve seen him called out on the Clinton parallels), made a half-hearted attempt to say, “Yes, but at least he’s getting legislation through!” but the show itself, to its great credit, has not done that. There is no sense of “Yes, but we need the Frank Underwoods of the world.” He’s just terrible.

So I can only conclude that audiences just don’t care. We may find a particular allegation wildly offensive in real life, but as soon as it gets fictionalized, we’re just ready for the popcorn. One wonders how far you could take this…If they made a fictionalized version of a “9/11 truther” theory, would people accept that? Last year on the Black List, there was a script about Stanley Kubrick faking the moon landings. That’s a loony theory that many people find particularly offensive…but would it bother them onscreen? I guess we might find out…

But wait, all of this brings another permutation to mind! Come back tomorrow for yet another similar type of story idea suggested by “Les Miserables”, The Manchurian Candidate, and “24”...
Posted by Matt Bird at 10:26 PM

It's funny, but the Clinton parallel -- which seems so obvious and accurate now -- never once occurred to me before reading this post. And I suppose that it was because the Clintons, for all of their many faults, seem to actually have an agenda that they sincerely believe advances the best interests of the country. You're right to say that Frank's lacking that. He's also, unfortunately, lacking anything like the formidable opposition the Clintons have also had chomping at the bit to undermine them for their entire political life. If Frank and Clarie had even half of Bill and Hilary's policy wishlist, they'd have gotten all of it done by now and moved on to even better things. The fact that every machination comes so easily to Frank only makes me wonder why he's in politics at all when he could really be making far more money doing the same kind of valueless, amoral, backstabbing ladder-climbing, relentless pursuit of power in a business arena.

Maybe part of the way you can get away with this sort of thing is by keeping it as a "what if" story. Don't hammer on how it's ALL REALLY TRUE and the movie is RIPPING THE LID OFF OF THE SCANDALS and so forth. As long as it's clearly fictional and doesn't attempt to MAKE A POINT regarding the real world, it's okay.

Like a 9/11 truther movie might work as long as the movie was agnostic about the actual backstory of the attacks. Maybe. That one seems too significant.

Maybe that's another factor - the Clintons essentially "won." Bill was acquitted during the impeachment proceedings, Hillary became a senator and Secretary of State, his approval ratings were fine, and nobody died because of all of this malarkey. Retelling their story as a "what if they really were what their enemies said" isn't disrespecting anyone's important memories. HoC isn't kicking a couple that's down.

It's a little weird that Willimon has any real political ties. The show has little relation to American politics as it exists in reality. I'd think that a more accurate version of political struggles would have strengthened the show. Ah, well.

Yeah, to a certain extent that there's a sense of "Well, none of these accusations stuck, and it was so long ago that it's just water under the bridge now and we can all laugh about it."

I believe the show is acceptable to highly political left-wing viewers in that up until season three (no spoilers) the majority of legislation Underwood advances is conservative or at least somewhat in the middle of political thought. So he's evil, promoting evil things...

If I had to bet money I am guessing the creator originally had him as a Republican, then decided it would be too on the nose. But the Clinton idea seems plausible as well.

I enjoy the show mainly because it doesn't spend too much time on the ideology, but just shows Frank being despicable with impressive effectiveness.

This one may work, will try it out today.
I also like the idea of word association mind maps.