This remarkable movie crystallized a thought I’d been developing for a while, about the difference between the “ironic how” and the “ironic what.”

I frequently recommend maximizing the irony of a story in every way, but there are actually limits to that. It always annoyed me that Spielberg made his Holocaust movie about a heroic German industrialist, and his slavery movie about a heroic McConaughey, but then I thought, “Hey, wait just a second, isn’t that exactly the sort of thing I recommend?” Isn’t that the most ironic choice? Aren’t these the heroes who start off with a false goal and a false philosophy, only to be forced to do things that are hard for them to want to do?

The traditional way to do a movie like Selma is to focus on a white hero, not necessarily because of racism on the part of the filmmakers, but because it genuinely seems like the most interesting choice: a white southerner joining the civil rights cause is ironic, whereas a black person joining is unironic, and the ironic choice is usually the best choice. But Selma shows that rather than focus on an inherently ironic character, you can derive just as much meaning from a consideration of the ironic tactics MLK actually used. What he's doing is not ironic, but how he's doing it is ironic (going county by county until he's able to find a sheriff who will beat his people up, for instance.)

There are many problems with “ironic what” stories, especially where historical injustices are concerned: Most obviously, you’re silencing the victimized group and lionizing the victimizing group, and often you have to falsify the actual story in order to do so (as in both Spielberg movies listed above and Mississippi Burning). 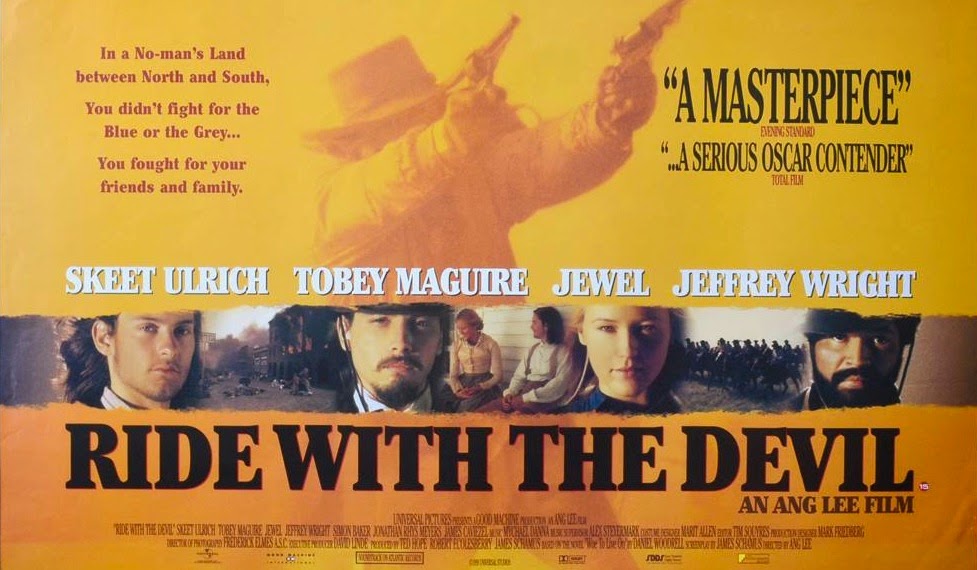 The most offensive “ironic what” story was no doubt Ang Lee’s ridiculous Ride with the Devil. This is one of the few American movies about our Civil War, and it features only one major black character, who happens to be fighting for the slavers. That’s certainly “ironic”, but it’s also deeply offensive. Did a tiny handful of blacks fight for slavery of their own will? Sure, in any group there’s always going to be a few sick, sad individuals with bafflingly self-destructive behavior, but of course, Jeffrey Wright didn’t play the part as stupid or evil, because (oh irony of ironies!) that would seem offensive to our modern sensibilities. We like our lone black characters onscreen to be good and smart and brave—even if what they’re doing is actually depraved and idiotic.

Irony is always necessary for good storytelling, but easy ironies can twist the truth in offensive ways. Find the hidden ironies that arise from the difficult decisions of the real heroes and/or victims, instead of creating easy irony by focusing on an unrepresentative scenario that reverses the roles of victim and victimizer.