Let’s start by showing another post from the always-wonderful Humans of New York: 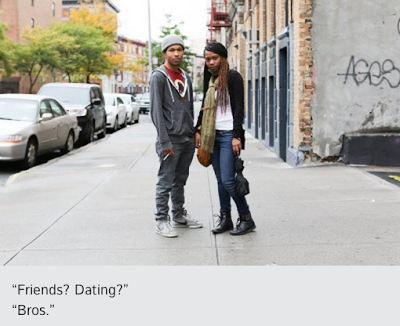 The takeaway is this: people like to re-label themselves. You see your characters as types, but they see themselves as individuals. This can especially be a problem in a movie like Do the Right Thing, which is all about types, as in “these are the types of people you see on an average New York street on an average summer day.” That’s a fine way to write. It’s okay for you to see them as types, as long as you allow them to reject those labels in the dialogue.

On the excellent Criterion Collection DVD, there’s lots of video of writer/director Spike Lee’s extensive rehearsal/workshop process and you can see him adjust the script to address the concerns of the actors, who were all invited to personalize their roles.

These leads to a wonderfully ironic moment, when Lee is rehearsing the first boycott scene with actors Danny Aiello (Sal) and Giancarlo Esposito (Buggin’ Out). Lee notices that, instead of saying “Only Italian-Americans on the wall”, Aiello has changed it to “Only American-Italians on the wall.” Spike instantly sees that this is better, and points out to Esposito that his mocking response should also change to mirror Aiello: “Well, I don’t seen any ‘American-Italians’ eating here!” 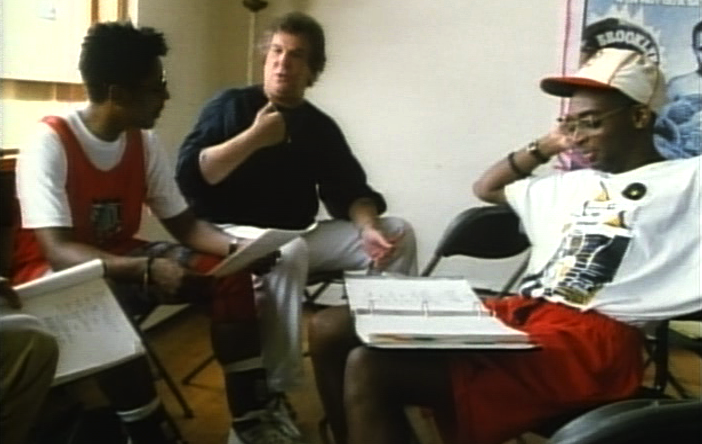 As Esposito is making the change in his script, Aiello explains that that’s the way he says it, because he visited Italy and decided that he was more proud of being American than Italian. At this point, Esposito gingerly points out that he himself is in fact, unlike Aiello, Italian-born. Aiello is of course totally embarrassed, but Esposito chuckles and says it’s no big deal. 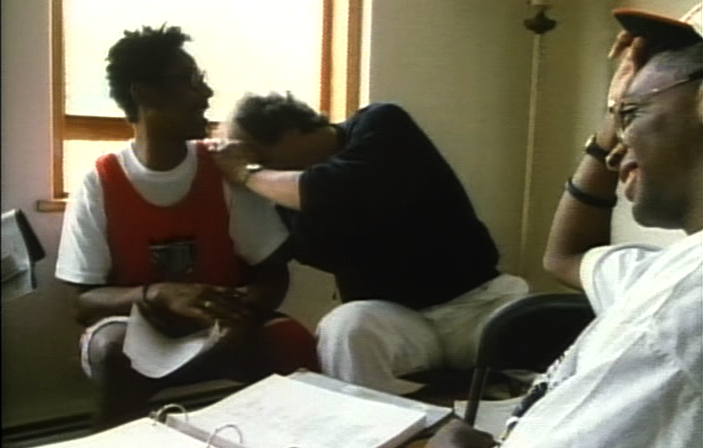 Let your characters re-label themselves. Let them describe themselves in unique ways, so that their language will come alive. Let almost everything they say be specific to them and their particular worldview. Give them a chance to punch through the boxes you put them in.
Posted by Matt Bird at 8:00 PM